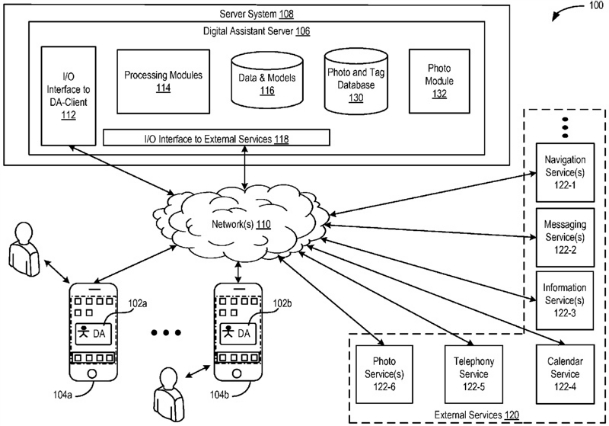 A newly awarded Apple patent describes a technology that would allow the Siri voice-based virtual assistant that’s currently available on various iOS devices to help with photo cataloging and image searching in the future, MacRumors reports. The patent, called “Voice-Based Image Tagging and Searching” and awarded to Apple on December 26 after being filed earlier in March, identifies photo management as a time-consuming chore on mobile devices.It proposes “a simple, intuitive, user-friendly way to tag photographs” that includes “voice-based photo-tagging, automatic photo-tagging, and voice-based photo searching implemented at an electronic device.”

By combining “speech recognition techniques with intelligent natural-language processing” technology, the future Siri assistant may be able to let users tag themselves and others in images by saying a phrase as simple as “this is me at the beach.” The software would be able to recognize the person referenced as “me” and use his or her name as a more appropriate tag, which could be then automatically applied to other pictures as well.

In addition to faces, the app would also be able to recognize buildings and landscapes.