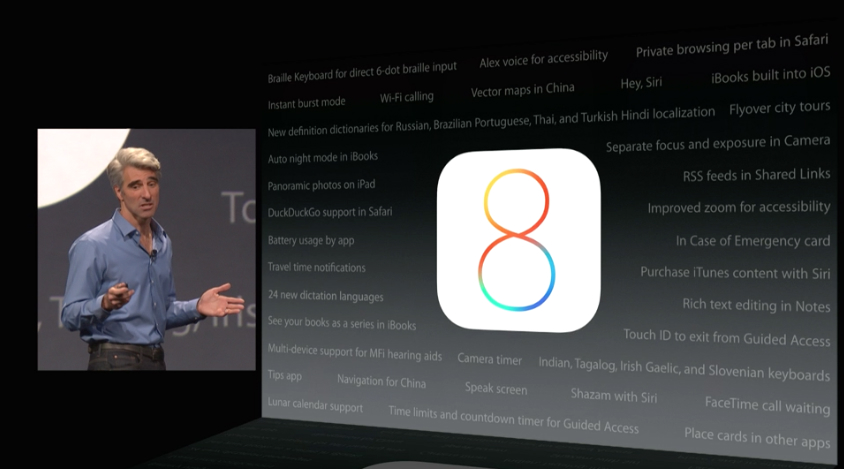 Just like with previous iOS versions before it, Apple was able to demo only some of the main features of its upcoming iOS 8 update during this year’s WWDC keynote, but buried inside iOS 8 there will be plenty of other cool features Apple did not mention during the event. However, Apple listed some of the upcoming iOS 8 features it didn’t have time to discuss at length on a slide that popped up briefly at the very end of its presentation, as you can see in the image above.

For your enjoyment, here are 20 promising iOS 8 features that Apple did not talk about during the iOS 8 announcement, but that are nonetheless included in the upcoming major iOS release:

Even more iOS 8 features are listed in the image above.

For the latest breaking news from Apple’s WWDC 2014 keynote, visit our WWDC 2014 hub! For an iOS 8 walkthrough, check out this post.