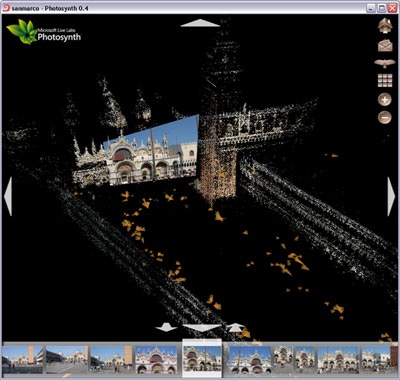 At the 2007 TED conference, the test software called SeaDragon was revealed. Besides allowing you to check out oodles of photos all at once, it places them in what can only be described as “3D Badassery” and isn’t limited by space on a hard drive or size of photo. It can even place everything from full scans of books, to 300MP scans from the Library of Congress. Maybe the coolest part? Photosynth (which uses SeaDragon) can be used to scour the internet for photos of a 3D object from every conceivable angle to literally re-create that object using the photos it found. Welcome to the new age of file sharing.