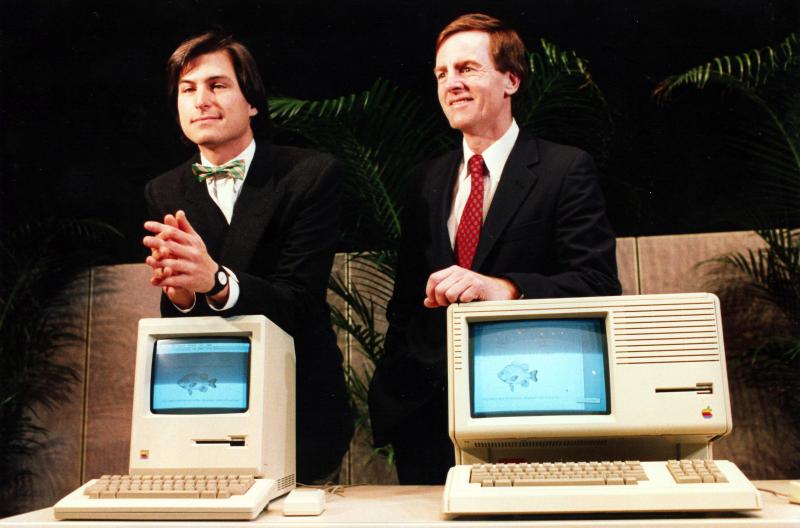 Poor John Sculley. The man has done plenty before and after he was Apple’s chief executive for a decade beginning in 1983, but he will always be known best for his role in ousting Apple co-founder Steve Jobs and nearly running Apple into the ground. Jobs came back to Apple in the mid-90s and helped the company return to glory as it grew to eventually become the most valuable consumer electronics company on the planet. But in a curious twist of fate, Sculley may soon have the opportunity to try to become BlackBerry’s Steve Jobs.

According to a report Wednesday issued evening by Canada’s The Globe and Mail, John Sculley is considering a bid to acquire BlackBerry. If accurate, Sculley will find himself among several potential suitors for the struggling smartphone pioneer. Farifax Financial is still mulling a bid as is Cerberus, BlackBerry co-founder Mike Lazaridis and others as well.

If the former Apple CEO does manage to successfully acquire BlackBerry, he will be tasked with leading the charge as BlackBerry tries desperately to reverse course and regain its former glory — just as Jobs once did at Apple.

Sculley would not comment specifically on the report, though he did offer some thoughts on BlackBerry in an interview with The Globe and Mail.

“The only thing I would say is, I think there’s a lot of future value in BlackBerry,” Sculley said. “But without experienced people who have run this type of business, and without a strategic plan, it would be really challenging… Whoever buys it would have to have a strategic plan that was credible and could succeed, and they would want to have an experienced team that would be able to implement that plan.”

Recent reports suggest Fairfax has been unable to secure funding at this point, and BlackBerry is reportedly considering selling off parts of the company to avoid calamity if a full buyout doesn’t happen.