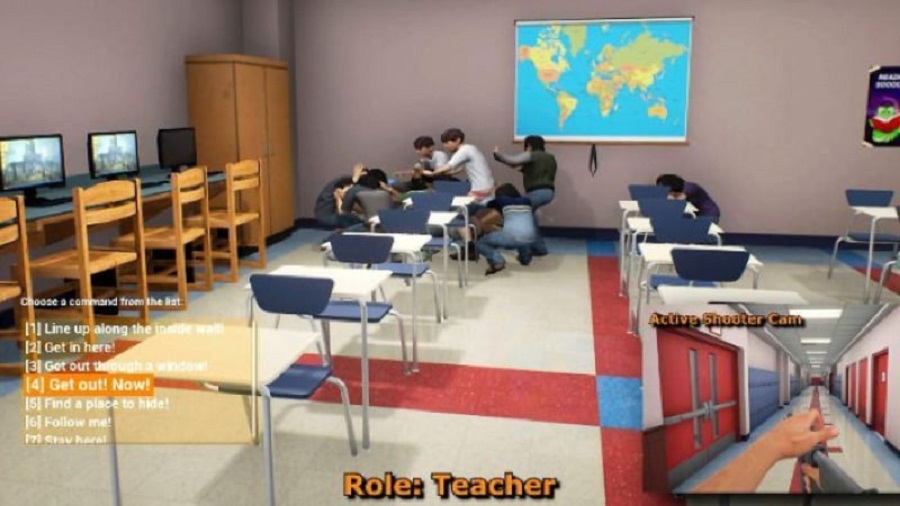 The unfortunate reality is that the United States endures more school shootings every year than any other country in the world. That being the case, the U.S. Army along with the Department of Homeland Security has developed something of a dark reality simulation game designed to train teachers how to respond during an active shooter situation.

As initially reported by Gizmodo, the game is dubbed EDGE — which is short for Enhanced Dynamic Geo-Social Environment — and allows players to choose one of three playable roles: that of the shooter, that of the teacher, and that of a responding officer.

With each role, the player naturally assumes a set of different responsibilities. And to add a layer of requisite reality to the simulation, developers made sure to incorporate bleak details gleaned from deadly mass shootings like Sandy Hook, with the constant and terrifying sounds of gunfire and crying children in the background being one such example.

As a teacher, the person in training must corral panicked students and find a safe space in order to save lives. As the shooter, the person navigates the school to find targets and randomly kill. As an officer, the trainee must find and kill the shooter.

“The more experience you have, the better your chances of survival are,” said Tamara Griffith, a chief engineer on EDGE. “So this allows you to practice and have multiple experiences [and] know what works and what doesn’t work.”

It’s a morbid game, to say the least, but one that may ultimately help save lives given that no one ever truly prepares for a mass shooting at a school. As John Verrico of the U.S. Department of Homeland Security explained to Rolling Stone, “[Teachers are] usually the first to respond” during a school shooting. “By the time police get on the scene the action is already over, for the most part.”

“There’s no winning, it’s not a real game,” Verrico later added. “It’s a way to practice and evaluate actions and protocols.”

The game is set to become available later this year.