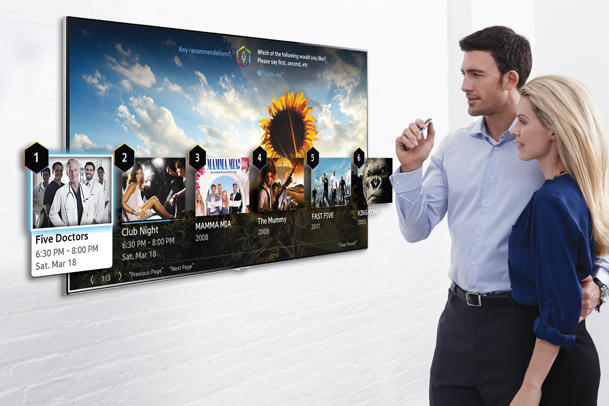 Everyone hates having to shuffle through multiple remote controls just to watch television. Today’s remotes are complicated, they have too many buttons, and it seems like we need a different one for every different device. A company called VTouch hopes to solve this problem with gestures. Kim Seok-joong, the CEO and founder of VTouch, wants users to be able to control their TV, and their entire connected home, with their fingers. Kim says the company is currently in talks with Samsung, the world’s largest TV manufacturer, according to The Wall Street Journal. If VTouch wins the bid, gesture-controlled actions could help Samsung in its effort to create a “Smart Home.”

“It will be a new interface that drops the usage of cursors, allowing the user to point to objects that exist beyond the TV screen,” Kim said in an interview with the Journal.

VTouch, which is short for Virtual Touch, uses advanced cameras, sensors, and algorithms to pinpoint gestures down to your fingertip. It also claims it can filter out false commands by tracking both hands and eyes.

Gestures appear to be where TV controls are headed, and the competition is increasing. The Wii helped start this trend, along with Microsoft’s Xbox Kinect. PrimeSense, the company behind the Kinect’s sensors, was bought by Apple last year.