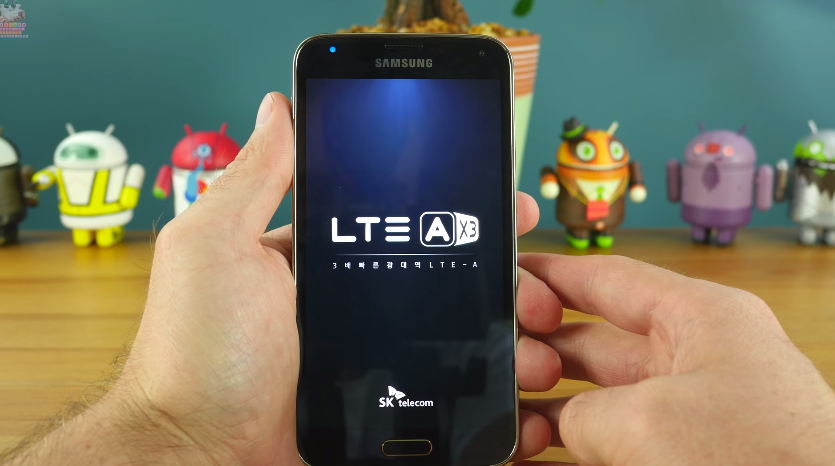 Samsung earlier this month launched an even better version of the Galaxy S5 that featured stronger specs than the original model but that also is sadly only available in South Korea for the time being. The Galaxy S5 LTE-A was designed to take advantage of Korea’s super-fast LTE-Advanced wireless networks and support download speeds of up to 300Mbps, which are vastly faster than anything we can even dream of here in the United States.

However, for those of you who still want to see just how good the Galaxy S5 LTE-A is, YouTube user OT4Tech has put together a terrific unboxing video of Samsung’s newest high-end device that shows off some of the new device’s key features. From a design perspective there really isn’t that much to differentiate the S5 LTE-A from the regular S5, as OT4Tech really only found some minor differences in accent colors between the two devices.

Where the newer phone really shines, however, is in both its internal hardware and some added software features. The most obvious software feature is that the S5 LTE-A gives you you the ability to easily disable and uninstall carrier bloatware since South Korea has mandated that device manufacturers give you the option to easy delete any unwanted software on your device. The S5 LTE-A also gives you more options for camera settings than the standard S5 and the ability to customize your home screen for holidays.