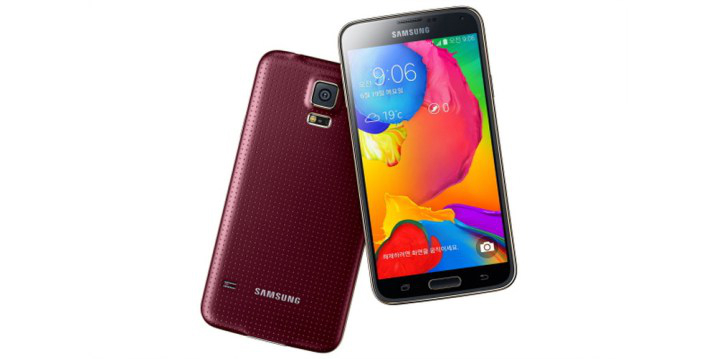 Samsung on Wednesday quietly launched a better Galaxy S5 version, and while it’s a beast in terms of specs, it’s likely this phone will be restricted to South Korea for the time being. Furthermore, the phone seems to lack one important feature that was rumored for this “Prime” version of the handset.

This special LTE-A version of the Galaxy S5 is meant to take advantage of the faster data speeds in the region, with local carriers getting ready to support 225Mbps download speeds.

In addition to faster LTE support of up to 300Mbps, the Galaxy S5 packs hardware that puts it on par with the LG G3 including a 5.1-inch Super AMOLED display with 2560 x 1440 resolution (576 PPI), 2.5GHz quad-core Qualcomm Snapdragon 805 processor, Adreno 420 GPU, 3GB of RAM – in fact, the handset sports a faster processor than the G3, although LG is also rumored to come out with a special “Prime” model of its 2014 flagship that would also support faster LTE speeds.

“Old” Galaxy S5 features including the 16-megapixel camera, fingerprint scanner and heart rate sensor are also found on board the Galaxy S5 LTE-A.

But this particular Galaxy S5 model still comes in a regular plastic body, so buyers that want a metal premium Samsung phone will likely have to wait for the Galaxy F to be launched.

The phone will launch in various color options including Copper Gold, Charcoal Black, Shimmery White and Electric Blue, and will cost $919 unlocked. The phone should be available from local carriers including SK, KT and LG U+.