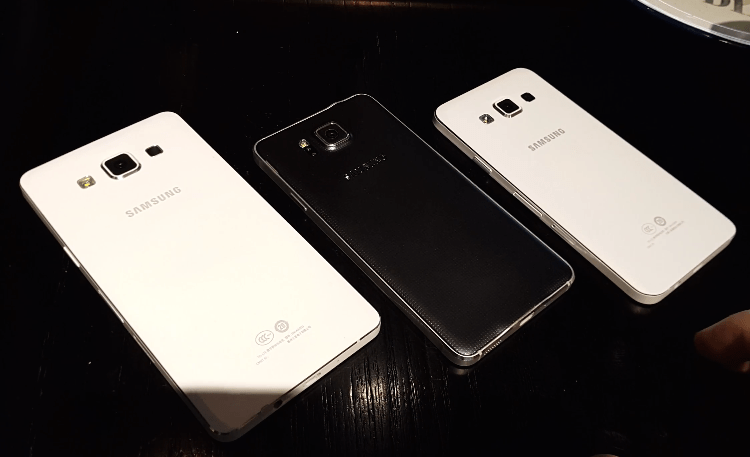 Samsung has been trying to give its devices more of a “premium” feel with the launch of its Galaxy A series, although so far the only two Galaxy A devices that have been released so far have midrange specs. That could soon change, however, because SamMobile points out that the high-end Galaxy A7 has just passed through the Federal Communications Commission for approval, which means that Samsung will likely unveil the device in the near future.

According to SamMobile’s latest rumors, the Galaxy A7 will feature a 5.2-inch 1080p display, an octa-core Snapdragon 615 processor with 64-bit cores, a 12-megapixel rear-facing camera with the ability to shoot 1080p video, a 5-megapixel front-facing camera, 2GB of RAM and 16GB of internal storage.

While these specs aren’t quite on par with the beastly Galaxy Note 4, they do represent a significant jump over the Galaxy A5 and Galaxy A3, which were the first new phones to show off Samsung’s new “premium” full metal unibody smartphone designs.

Samsung is experimenting with new smartphone designs at a time when its mobile phone profits have been tanking and its Galaxy S5 flagship phone has been widely seen as a huge disappointment. While we still don’t have a lot of concrete information on what its upcoming Galaxy S6 will look like, it’s a good bet that it will take a lot more design cues from the Galaxy A series than any previous model.