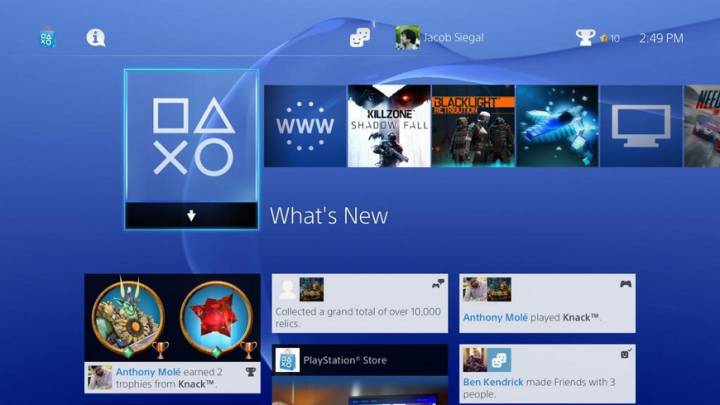 I’ve been up front about my feelings regarding Sony’s disappointing pace for PS4 updates. The Xbox One monthly update schedule is not only impressive, but it also gives gamers a reason to come back and check out new features even when game releases begin to slow down. PS4 owners, on the other hand, have to wait months for any significant updates.

There’s no sign of that changing any time soon, but Sony might be able to at least appease disappointed PS4 owners (like me) by adding a significant new feature in the next update.

DON’T MISS: Meet 38 awesome Apple Watch apps that will be available on Day 1

Sony recently began inviting PlayStation MVPs to a beta program in order to let them test updates before they go live, similar to what Microsoft has been doing for several months. Over the weekend, one of those MVPs leaked the change log for update 2.50, and it looks like Sony is finally bringing the full-featured Rest Mode to the PS4.

Once the update becomes available, users will be able to keep their game or app running even after putting the console into Rest Mode. This is a feature that Sony has been hyping up since before the console even launched, but if the patch notes are legitimate, it’s right around the corner.

One NeoGAF user also pointed out that button assignments have been added to the Accessibility settings. This is what that will look like:

There’s no confirmed release date for the update, but NeoGAF users with access to the beta expect version 2.50 to go live before the end of April.