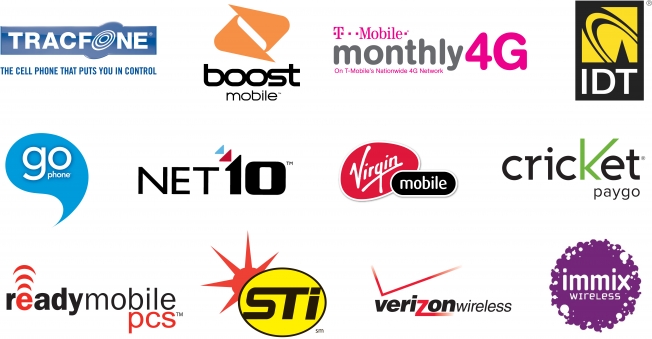 The latest numbers on the mobile industry from NPD Group have revealed that smaller prepaid wireless providers are able to compete with the likes of Verizon (VZ), AT&T (T) and T-Mobile. According to the research firm's data, the overall penetration of prepaid smartphones rose from 39% in the second quarter of 2012 to 42% in the third quarter. Providers such as Boost Mobile, MetroPCS (PCS) and Virgin Mobile are offering a bigger selection of prepaid smartphones at a lower price and are stealing customers from larger carriers. In the third quarter, the firm notes that 70% of prepaid smartphone buyers had switched from a tier-one provider. Prepaid smartphone sales among smaller carriers increased 23% in Q3, compared to prepaid sales on larger networks which fell 12%.

“Both AT&T and Verizon have introduced less-expensive prepaid offerings and Verizon has expanded its prepaid smartphone line-up, but questions remain whether it's too little, too late,” said Stephen Baker, vice president of industry analysis at The NPD Group.

Overall smartphone penetration rose from 66% in Q2 to 70% in Q3, according to NPD. Android once again led the way with an estimated market share of 63%, compared to Apple's (AAPL) 31%. The most popular devices, unsurprisingly, were a mix of Samsung (005930) and Apple smartphones.

According to NPD's Mobile Phone Track, the overall penetration of prepaid smartphones rose from 39 percent in Q2 to 42 percent in Q3.

PORT WASHINGTON, NEW YORK, November 15, 2012 ­ According to The NPD Group, a leading market research company, lower prices and larger selection of smartphones at Boost, Metro, Virgin, and other pre-paid mobile phone carriers are causing a decline in pre-paid smartphone sales of new phones from AT&T, Verizon, T-Mobile, and other tier-one carriers. In the third quarter (Q3) of 2012, 70 percent of smartphone buyers who purchased their phones on a prepaid carrier had switched from a tier-one carrier.

“Both AT&T and Verizon have introduced less-expensive prepaid offerings and Verizon has expanded its prepaid smartphone line-up, but questions remain whether it's too little, too late,” said Stephen Baker, vice president of industry analysis at The NPD Group.

Overall Smartphone penetration rose from 66 percent last quarter to 70 percent in Q3. Much of the increase in smartphone penetration was driven by Android, which experienced a unit volume increase of 25 percent, as its share increased from 59 percent to 63 percent of the smartphone market. Apple¹s iOS unit volume rose 16 percent, and the company¹s market share remained steady at 31 percent.

According to NPD, the top-five smartphones in Q3 were as follows:

While the iPhone 5 helped Apple maintain market share, the iPhone 4S and iPhone 4 also drove a considerable amount of sales, among first-time smartphone buyers and also among older iPhone generation owners. ³With just about a week of sales to record in the third quarter, the iPhone 5 had a notable impact on the market, but by no means did older iPhone generations suffer since carriers provided less expensive pricing for
those models,² Baker said.

Information this press release is from Mobile Phone Track and Smartphone Track, both of which report on the activities of U.S. consumers, age 18 and older, who reported purchasing a mobile phone or smartphone. NPD does not track corporate/enterprise mobile phone purchases.