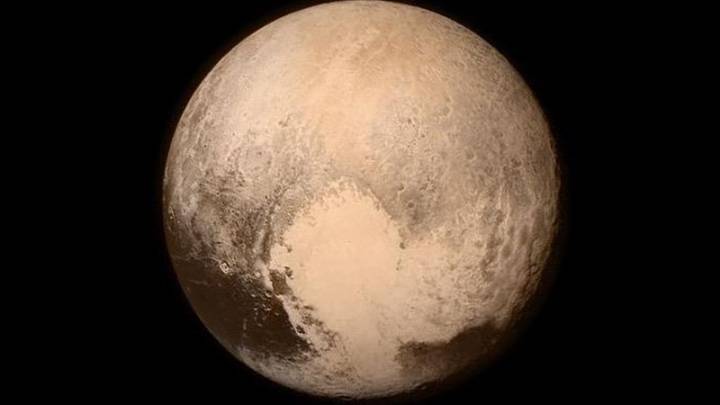 It took us over nine years to travel more than 3 billion miles through space to reach the farthest planet in our solar system, but we finally made it. This is Pluto, as seen by the New Horizons spacecraft during its Pluto flyby mission.

The image offers the best look at Pluto yet, showing plenty of details that were not available in previous pictures. NASA will likely publish more spectacular images of the planet as it gathers them in the coming days, and a larger set will be released in September.

New Horizons has a busy schedule around Pluto this week, and NASA will be doing several live streams of the action. See this link for a detailed schedule of the space craft’s mission, and check the video below if you want to watch Pluto live.