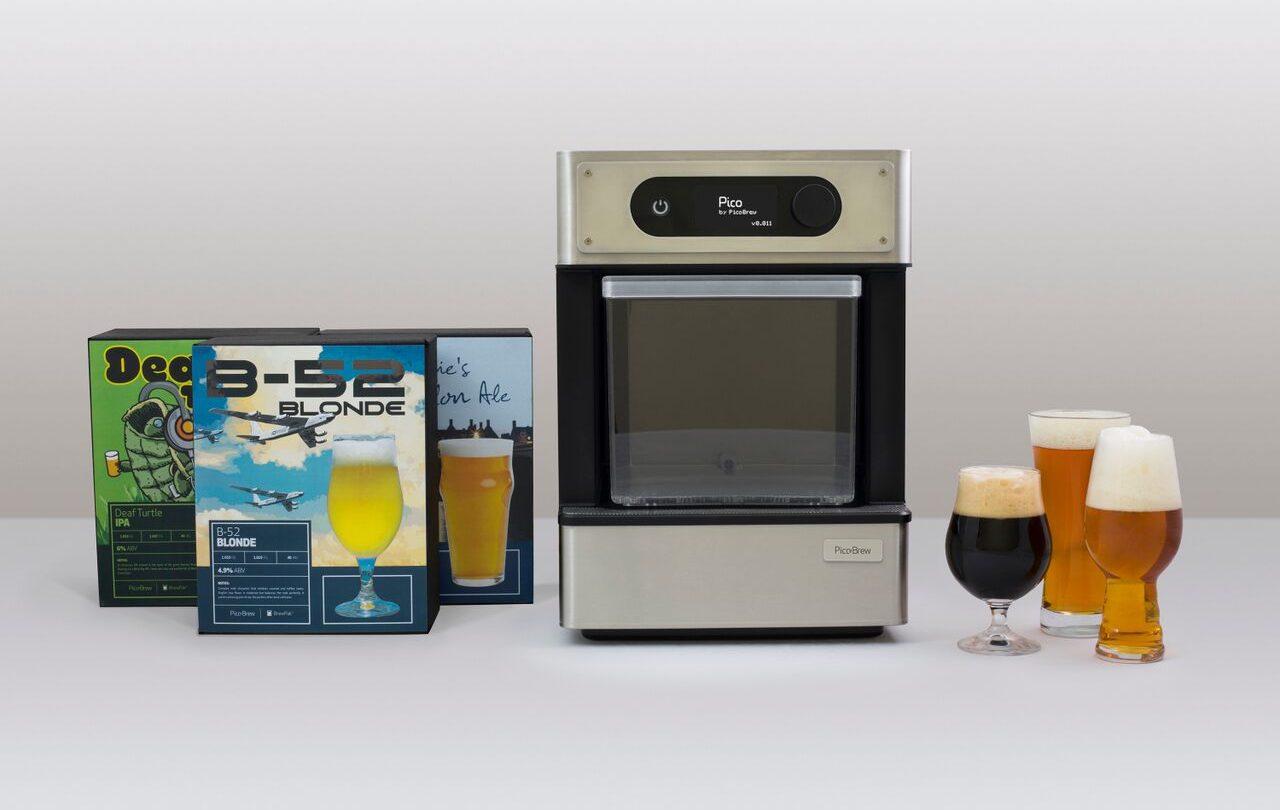 Have you ever brewed your own beer? It’s definitely rewarding… but it’s also a royal pain. It will take up an entire afternoon and, worst of all, you won’t even be able to taste your beer once you’ve slaved away making it for hours since it will take at least a couple of weeks to ferment.

Pico is the name of a new homebrewing appliance that went live on Kickstarter this week and that has already blown past its original funding goal of $200,000. In fact, with more than a month still to go in the campaign, Pico has already raised well over $500,000.

What makes Pico so special is how much it simplifies the brewing process. Instead of boiling water in a big vat and then gradually adding malts and hops at different points during the boil, the machine does all that work for you. Pico features packages of malts and hops called PicoPaks that are designed to give you different kinds of beers, whether you’re into IPAs, stouts or Belgian-style ales.

What makes the PicoPaks truly cool is that some of them will be made by some of the best craft brewers around to help you brew clones of their most popular beers. Breweries that have already signed up to make PicoPaks include Rogue, Double Trouble and Salty Nut.

Once the beer has been brewed, you transfer it from the PicoPak to a fermenting keg where you will give it time to cool before adding yeast and letting it ferment. You’ll still have to wait at least a week for the beer to be ready since Pico doesn’t fundamentally change the basic chemistry of the brewing process.

PicoBrew estimates it will have its first Picos ready for delivery in December 2015. Learn more about the project here at its Kickstarter page.