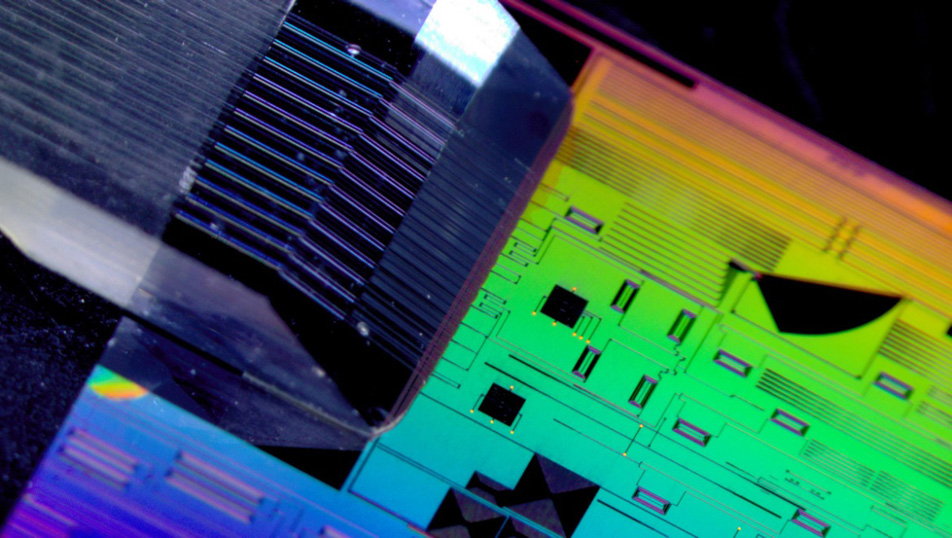 Computers are only as fast as their components, and one key component is about to get a serious shot of adrenaline.

Solid-state drives marked a huge step forward in device memory, capable of reading and writing data at speeds far greater than any disc-based hard drive. SSD technology still uses electronic chips to move data though, which introduces a number of factors that limit the speeds at which data can be transferred. A revolutionary new type of memory chip being developed by researchers at Oxford University and Germany’s Karlsruhe Institute of Technology has completely eliminated those speed-limiting issues, and it could lead to storage solutions that outperform SSD drives by a staggering margin.

Photonic memory chips are not new. Researchers began working to create light-based storage chips decades ago, and some promising solutions have been developed over the years. The problem with all of these solutions, however, is that they have been volatile, requiring continuous electricity in order to function and store data. This obviously eliminates any possibility of using these solutions as a means of storing data permanently.

For the first time ever, a team of researchers claims to have developed a light-based memory chip that overcomes this substantial barrier.

The team, led by Oxford’s Harish Bhaskaran and Wolfram Pernice of the Karlsruhe Institute of Technology, used the same technology that enables rewritable CDs, DVDs and Blu-ray discs to create non-volatile photonic memory chips. The new solution uses waveguide technology to move light from lasers to and from a germanium, tellurium and antimony (GST) alloy nanocoating.

GST is the same material used in rewritable discs, and its structure is altered in predictable patterns when blasted by beams of light from a high-intensity laser. A second low-power laser can then read the patterns created by the GST and translate it as data. What’s more, this solution is far more efficient than binary electronic storage; researchers have been able to store 8 bits of data in a single location.

“Implementing on-chip non-volatile photonic memories has been a long-term, yet elusive goal,” the team said while discussing its paper that covers the new solution. “Photonic data storage would dramatically improve performance in existing computing architectures by reducing the latencies associated with electrical memories and potentially eliminating optoelectronic conversions. Furthermore, multi-level photonic memories with random access would allow for leveraging even greater computational capability. However, photonic memories have thus far been volatile. [Our solution demonstrates] a robust, non-volatile, all-photonic memory based on phase-change materials.”

There are still some hurdles that must be overcome before a solution based on the team’s technology reaches market. For one, their prototypes have thus far been hundreds of times larger than commercial memory chips. Bhaskaran and Pernice say the technology needed to commercialize their solution already exists though, and they also say that pairing their solution with photonic logic chips will lead to computers that are 100 times faster than currently available machines.