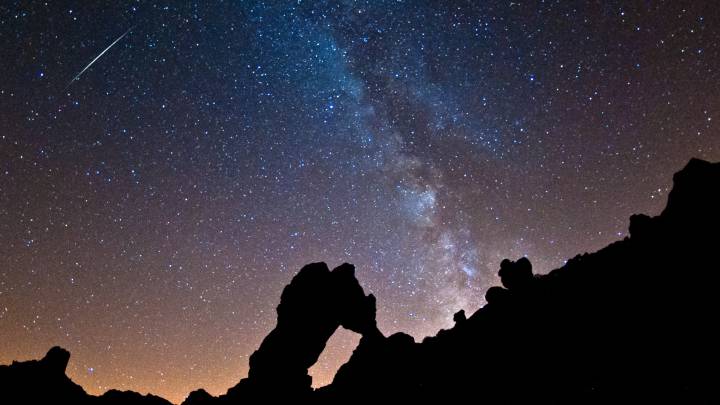 Stargazers in the northern hemisphere enjoyed the oldest meteor shower known to Earth in August 2015. The annual Perseid shower occurs when pieces of comet Swift-Tuttle hit Earth’s atmosphere at more than 133,000 mph and burn up. Here are some stunning images of the 2015 Perseid meteor shower.

A meteor streaks across the sky in the early morning as people watching during the Perseid meteor shower in Ramon Carter near the town of Mitzpe Ramon, southern Israel, Aug. 13, 2015. (REUTERS/Amir Cohen)

The night sky is shown during the Perseid meteor shower in Ramona, Calif., Aug. 13, 2015. (REUTERS/Mike Blake)

Stars seen as streaks from a long camera exposure are seen behind Arnotegui Hermitage, in Obanos, northern Spain, Tuesday, Aug. 11, 2015. Some Catholics refer to the Perseids as the “tears of Saint Lawrence”, since 10 August is the date of that saint’s martyrdom. (AP Photo/Alvaro Barrientos)

For more images, visit the full slideshow on FoxNews.com.