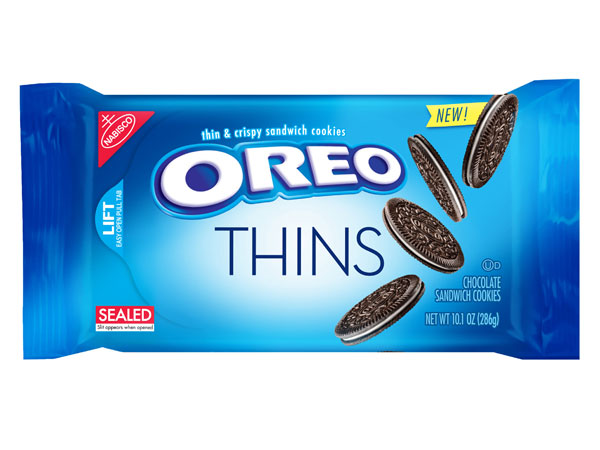 Oreos are not and will never be healthy for you. That said, they also don’t have to be quite as lard-inducing as they’ve traditionally been, which is why Nabisco is making slimmer Oreo Thins available in the United States for the first time. ABC News got its hands on the new Oreo Thins before their release and finds that they’re just 5 millimeters thick, which is 4 millimeters thinner than traditional Oreos. As you’d expect, the Oreo Thins also have fewer calories than traditional Oreos as well — while old-school Oreos pack 42 calories per cookie, Oreo Thins have 35 calories per cookie.

FROM EARLIER: Airport Apologizes to Passenger who Paid $5 for the World’s Most Disappointing Sandwich

Ah, but what do they taste like? ABC News claims that they’re “crispier and more chocolaty because of a higher cookie to cream ratio,” while also cautioning that “they’re a lot more fragile than the original, and many in the package were already broken upon arrival.” This strikes us an interesting tradeoff similar to the one that smartphone manufacturers have to consider when designing thinner devices, although thankfully for Apple the iPhone 6 Plus merely bent but didn’t break when added pressure was applied.