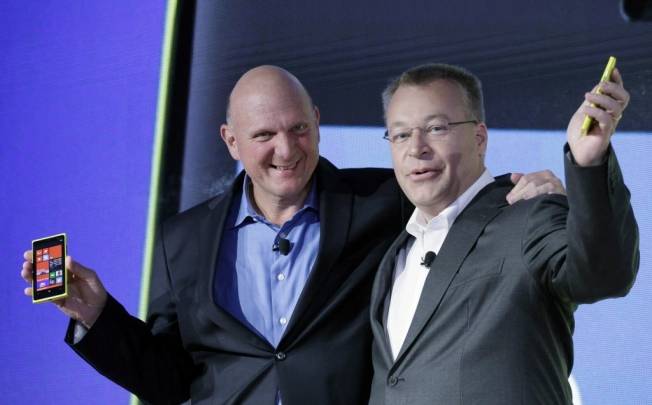 Nokia (NOK) CEO Stephen Elop has a plan to put his company back on the map: Wait until carriers are sick of selling iPhones and Android phones and then be there for them with a bevy of top-notch Windows Phone 8 devices. Per AllThingsD, Elop presented this plan during Nokia’s earnings call on Thursday in which the company reported a loss of $1.3 billion, marking its sixth consecutive losing quarter.

“There’s a dynamic that we’re seeing and hearing about … and that is increasing concern amongst operators about the concentration of power that is landing with two particular ecosystems that are obviously quite strong out there today,” Elop said. “I think you’re going to see a trend where operators starting in the west begin to say, ‘We need a third ecosystem to really begin to happen. We really need to double down on it. We need to cause it to happen.’”

Elop went on to say that carriers’ rush toward Windows Phone 8 “begins in Q4” of this year and will be “an opportunity that we look at as quite positive for 2013 as a whole.”