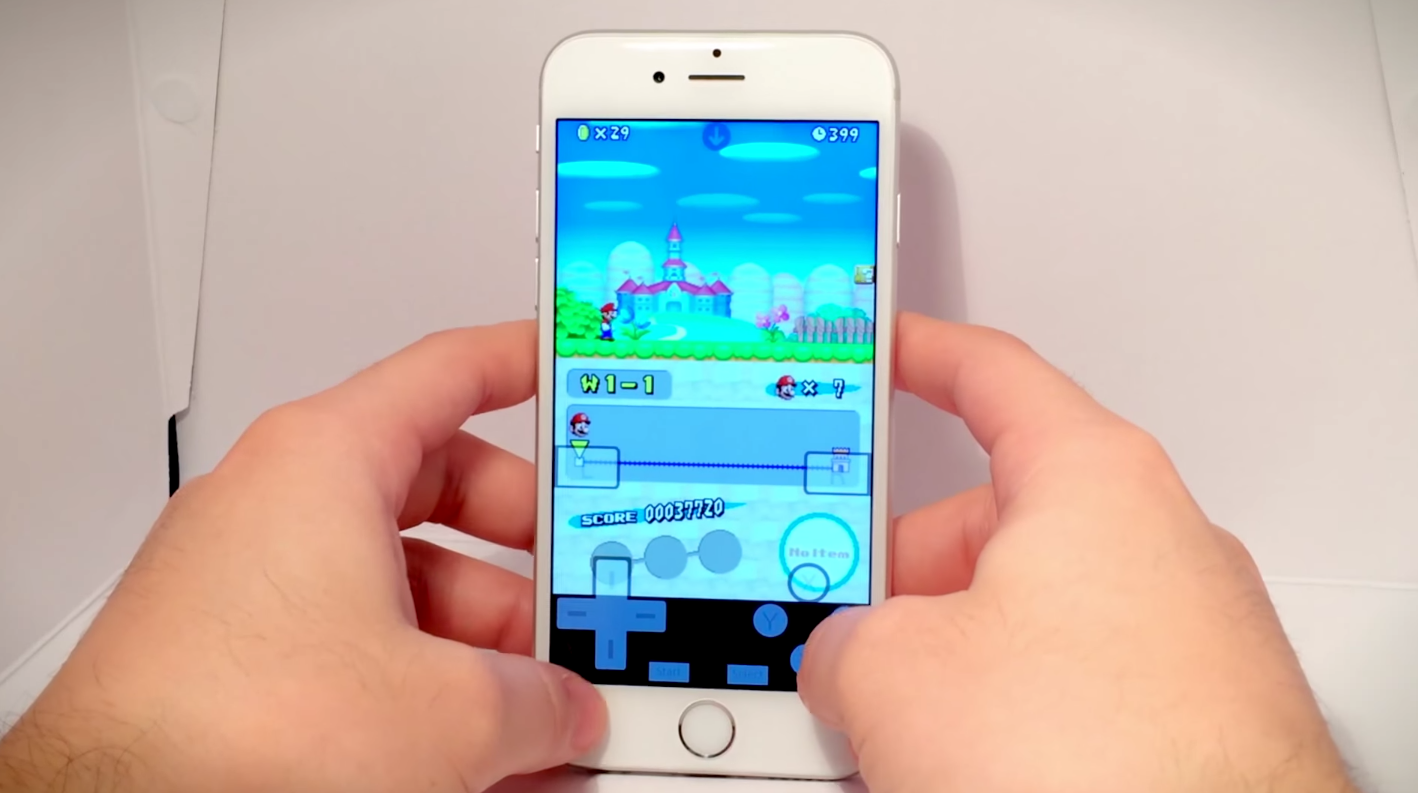 As we discussed in a recent post, iPhone and iPad owners who are willing to jailbreak their devices are treated to countless features, tweaks and upgrades that everyone else will never see, but for many users, it’s just not worth the hassle. After all, your iPhone probably already does everything you need it to anyway, including play Nintendo DS games without a jailbreak.

TouchArcade reports that Nintendo DS emulator nds4ios is currently available to download on iOS 8.4 devices. If you want to download the app, just visit iEmulators.com from your mobile device, click the apps tab, scroll down to nds4ios, tap it and then click Install at the bottom of the window.

Unlike in previous emulators, you can’t add ROMs directly from the app. Instead, you’ll need to sync nds4ios up with your Dropbox account if you want to play backed-up Nintendo DS ROMS on your phone or tablet.

It’s worth keeping in mind that you are allowing an app that wasn’t made available on the App Store access to your device, so the extra-cautious among you might want to avoid emulators altogether. The app could also lose its signature at any time, so don’t dawdle if you are willing to take the risk. These apps are known to vanish for months at a time.