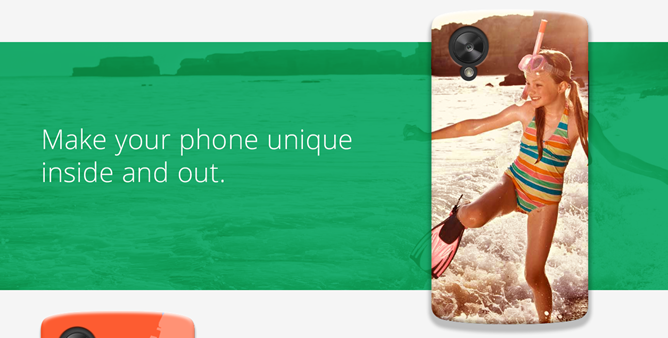 This hasn’t been the best week for Google news, but amid all the chaos of the purported antitrust violations, a leaked photo may have revealed a neat program that will make Google device owners very happy. Android Police reports that a Googler shared a post on Google+ last night exhibiting a custom Google Maps case for the Nexus 6.

This might not sound like news, but the case looks strikingly similar to those featured in the MapMe section of Google Workshop, a still unreleased service that Android Police originally unveiled last year.

In case you missed the original coverage, the here’s what Android Police had to say about the Workshop last year:

“Google has built out most of the interface and user experience, and has established two main “tools” to create custom cases and live wallpapers for the Nexus 5 – MapMe and Moments.”

MapMe gives users the ability to choose any location on the planet and create a custom case or wallpaper with it. They would also be able to add text and change the color scheme.

Moments is a more traditional customization tool, letting the user choose one or more photos for their case or wallpaper.

There hadn’t been much news about the Workshop since the original report, but as Google’s terms of service state, “Google Maps may be not used in items for resale,” so it would make sense if this anonymous user got the case from the only source that did have the right to resell items with Google Maps.