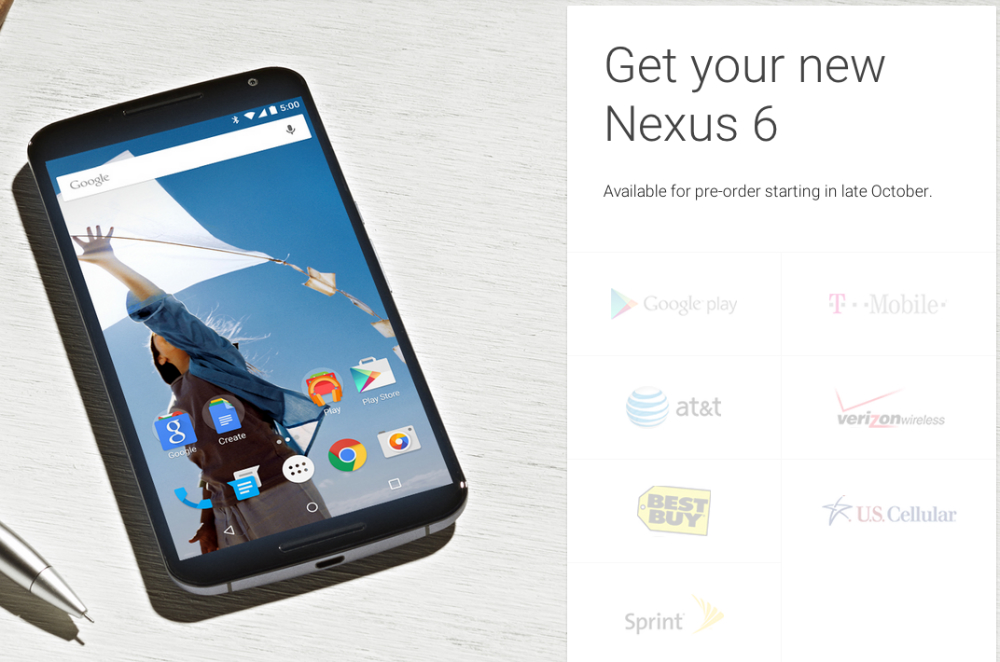 Google has had a tough time partnering with major U.S. carriers to sell Nexus devices, but things are about to change, at least for the upcoming Nexus 6 smartphone. The gigantic handset will be available for preorder beginning in late October from the Google Play Store, but also from all the major U.S. mobile operators, Google confirmed on Wednesday.

FROM EARLIER: The wait is finally over: Google’s incredible Nexus 6 is now official

The Nexus 6 will be cost $649, making it the most expensive Nexus smartphone to date, but buyers will be able to purchase it on-contract or with an installment plan from the aforementioned carriers. The phone should be available for preorder in late October, and it will launch in stores at some point in November.

Meanwhile, Nexus 9 preorders will start on October 17th, with the tablet expected to launch in stores on November 3rd. The device will be available in three versions including 16GB ($399) and 32GB ($479) WiFi versions, and an LTE-ready 32GB ($599) model.

In addition to the U.S., the device will be launched in 29 other countries in the coming weeks.