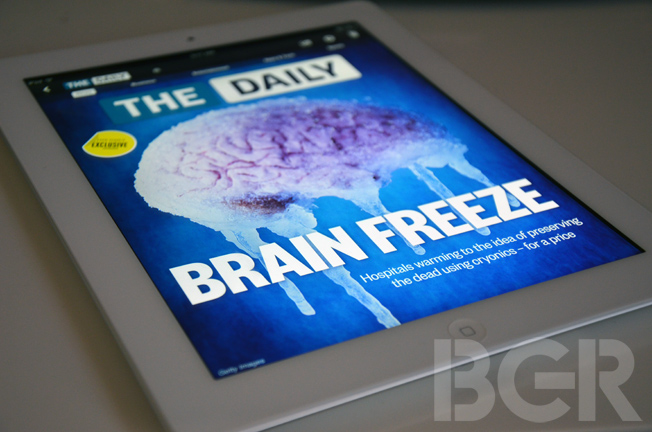 News Corp’s iPad newspaper “The Daily” is officially dead. Launched in February 2011, The Daily was a ” bold experiment in digital publishing and an amazing vehicle for innovation,” but like so many pioneering ideas, it “could not find a large enough audience quickly enough” to keep the publication going, according to Rupert Murdoch, the Chairman of News Corporation and Chairman and CEO of Fox Group. The Daily will officially cease publishing on December 15th and will see Jesse Angelo, its Editor-in-Chief and Executive Editor of The New York Post move into the role of Publisher for the latter. The Daily was supposed to signal a new era of app-based interactive newspapers, but alas, in a world of Flipboard, Instapaper and social media, finding a new channel to distribute and aggregate news has proven to be challenging, even for corporations with plenty of resources.