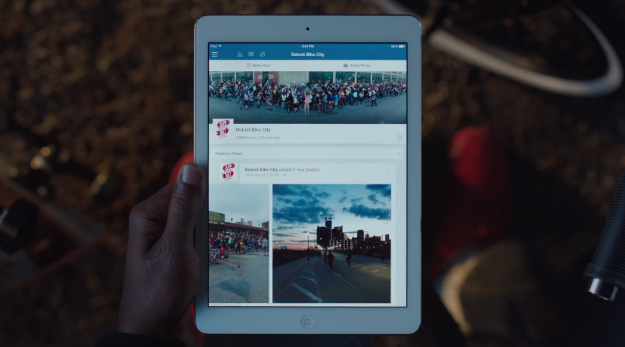 Apple’s “What will your verse be?” iPad ad campaign is far from over, as Apple has posted two more short iPad commercials that tell the story of two other iPad users that rely on Apple’s tablet and the apps available on it to get their jobs done.This time around, Apple’s new iPad ads look at the Yaoband music band and at community activist Jason Hall.

Each new video ad has its own special story page on Apple’s website, which offers more details about these particular “verses.”

“Long before they played together, Luke Wang and Peter Feng produced tracks for some of China’s biggest artists,” Apple’s Yaoband page reads. “While professionally successful, they felt their creative vision was stifled. ‘We wanted to bring a new kind of music to Chinese music fans,’ says Luke Wang. So they formed Yaoband to explore this new sound,” the company ads.

The Yaoband is capturing audio samples with iPad and then turning them into beats.

“I started Slow Roll to show Detroit in a positive light,” cofounder of Slow Roll Detroit Jason Hall said. “I love my city, and I wanted to help other people love it again. My iPad helped make it happen.”

In addition to sharing their stories, Apple is also sharing Yaoband’s and Hall’s favorite apps on its special Verse pages. Videos showing the new iPad ads follow below.