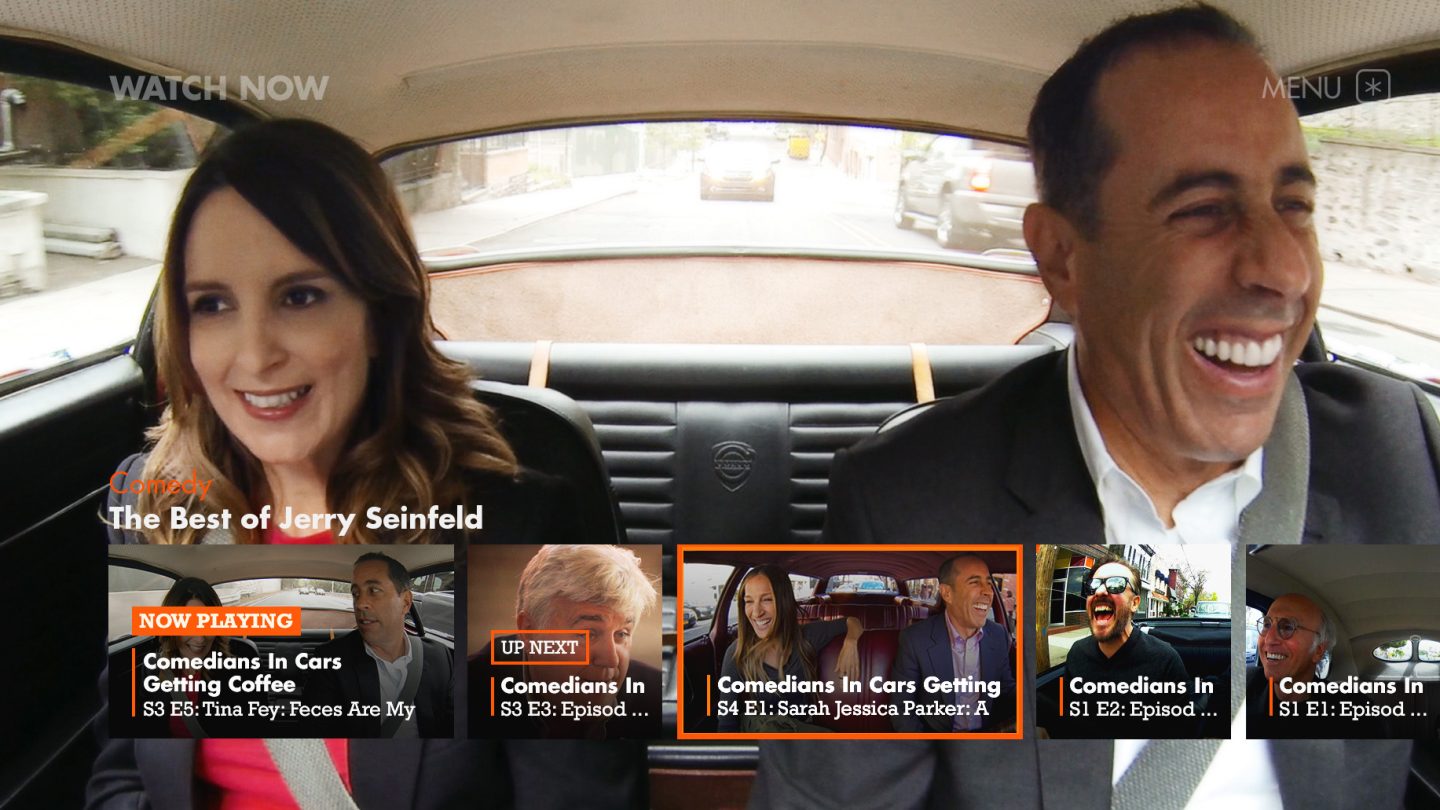 If the shift to Internet TV can be said to represent something of a modern-day Gold Rush, the wave of prospectors scrambling to strike it rich includes companies like Crackle, Sony Picture Television’s Web TV site that made its first standalone pitch to advertisers this week. As part of that presentation, Crackle also teased an extensive lineup of original programming – the implication being that the space already dominated by heavyweights like Netflix and HBO still has room for upstarts armed with fresh content.

The “gold” Crackle is hunting for: Fresh eyeballs that will stick around to consume its growing slate of programming, since the company — whose ad-based content doesn’t require a subscription — is now moving towards an “always on” experience. In other words, the streaming network that’s home to shows like Jerry Seinfeld’s Comedians in Cars Getting Coffee, season 6 of which premiers June 4th, wants to be a little more like traditional TV, it said this week, in that anytime a viewer “turns it on” a scheduled program starts playing.

Crackle has a new design experience rolling out on Roku starting in May, with other platforms to follow through the summer. News about Crackle’s new design also came in tandem with the announcement of the big push Crackle is making on the original content front.

At the company’s upfront event this week at Manhattan’s Hudson Theatre, Crackle lifted the lid on productions like The Art of More, Crackle’s first one-hour scripted series that includes 10 episodes and premiers this winter. It stars Dennis Quaid and dives into the world of premium auction houses.

Other Crackle productions on the way include Supermansion, an original 13-episode, stop- motion animated series about a group of superheroes premiering this fall that includes voice work from Breaking Bad’s Bryan Cranston. Coming July 16th is Joe Dirt 2: Beautiful Loser, which Crackle says is the first-ever “made for digital” sequel to a major motion picture. It’s a sequel to the 2001 original, for which David Spade is returning as the mullet-wearing white trash hero accompanied by fellow actors Christopher Walken, Brittany Daniel, Charlotte McKinney and Patrick Warburton, among others.

“With compelling programming and an innovative new viewing experience, Crackle is the perfect combination of linear television and on-demand that provides advertisers with additive solutions that capitalize on the best of both worlds,” he said.

It’s easy to see why the rush is on to chase that newer world – and this week offered plenty of reminders, in case they were needed.

For starters, the playing field is enormous. Consider that at the end of the first quarter, Netflix had added 2.3 million new domestic subscribers and stood at 62.3 million total subscribers. Despite its size, though, the company all along the way has continually pointed out that its growth helps the entirety of the ecosystem. That, in other words, other companies don’t have to lose for Netflix to win – that its growth elevates the whole space and gets people more used to and comfortable with streaming programming.

Netflix CEO Reed Hastings told analysts as part of the company’s earnings presentation this week that “linear TV has been on an amazing 50-year run. Internet TV is starting to grow. Clearly over the next 20 years Internet TV is going to replace linear TV. And so I think everyone is scrambling to figure out how do they do great apps… That will just keep getting built up, and so it’s a transition into figuring out the Internet.”

Meanwhile, at the MIPTV conference in Cannes this week, AwesomenessTV CEO Brian Robbins told attendees of the TV industry conference that traditional networks in the U.S. like MTV and Nickelodeon have hemorrhaged their core audiences, which have shifted to new platforms.

“Everyone,” said Robbins, whose company programs a couple dozen shows each week for its channels, “knows that content consumption has moved to YouTube, online and mobile.”

Which brings things back to Crackle. Appearing at the upfront presentation, Seinfeld didn’t want to focus too much on the pipes that convey the content to viewers. What the conversation is really all about, he said, is “the transmission of video pictures.” So, to him, “it’s really television,” with Crackle’s approach representing just a newer – and better – version of the traditional TV experience.