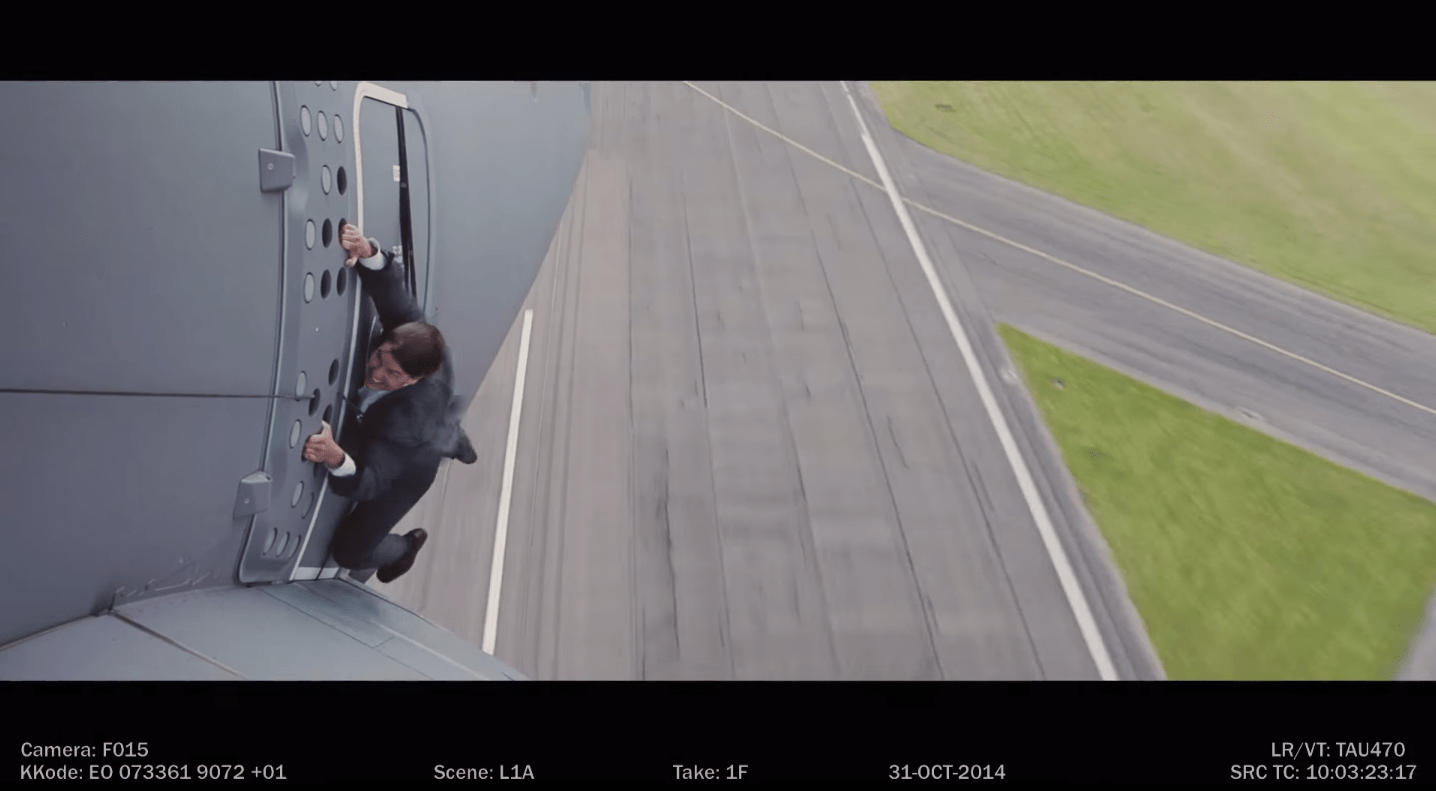 The return of Tom Cruise as Ethan Hunt has everyone talking, but not because we didn’t expect him to do another Mission Impossible movie. No, it’s because the 53-year-old Cruise is once again doing as many of his own stunts as he is capable of doing, including one on a plane that looks more and more terrifying every time you’ve seen it.

You’ve probably seen it in the trailers and commercials: Ethan Hunt climbs on a plane’s wing moments before it takes off, but before he can get the door open, the plane begins ascending with him hanging on for dear life. And it’s all real — no green screens, no stunt doubles, no CGI. Tom Cruise actually stood on a plane during takeoff.

On Monday, the studio released a behind-the-scenes featurette focusing entirely on the stunt. There are a few interesting tidbits in the video, including the fact that what they thought would be a single-take scene turned into eight separate takes. That’s eight times Cruise risked his life to make sure they got the shot right.

“If something went wrong, I can’t get into the airplane until we land,” explained Cruise. “I’m actually scared s***less”

Watch the stunt featurette below: