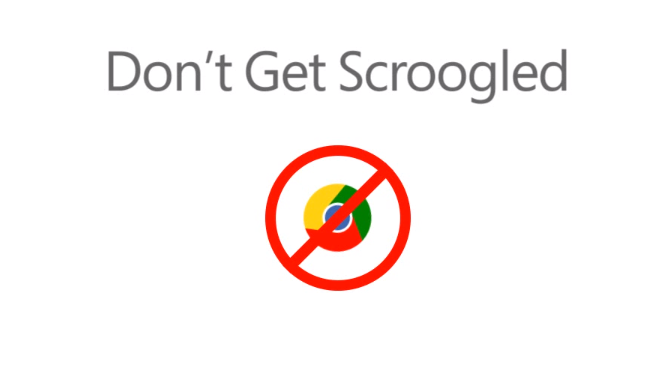 In the past year, Microsoft has increased its efforts to dethrone Google as the world’s top search engine. To accomplish this, the company has launched a “Scroogled” advertising campaign that looks to shine a light on Google and its sometimes questionable privacy practices. The company has previously attacked Google’s search engine and Gmail service, and is now taking aim at its Chrome Web browser. iCosmoGeek obtained an internal video that is believed to be created by Microsoft that mocks Google’s latest Chrome commercial. Google recently created an advertisement touting Chrome’s ability to sync addresses and passwords across smartphones, tablets and desktop computers. Microsoft’s video attacks the company, meanwhile, for tracking customers and monetizing their personal information with targeted advertisements across smartphones, tablets and desktops. Google’s original video and Microsoft’s parody follow below.