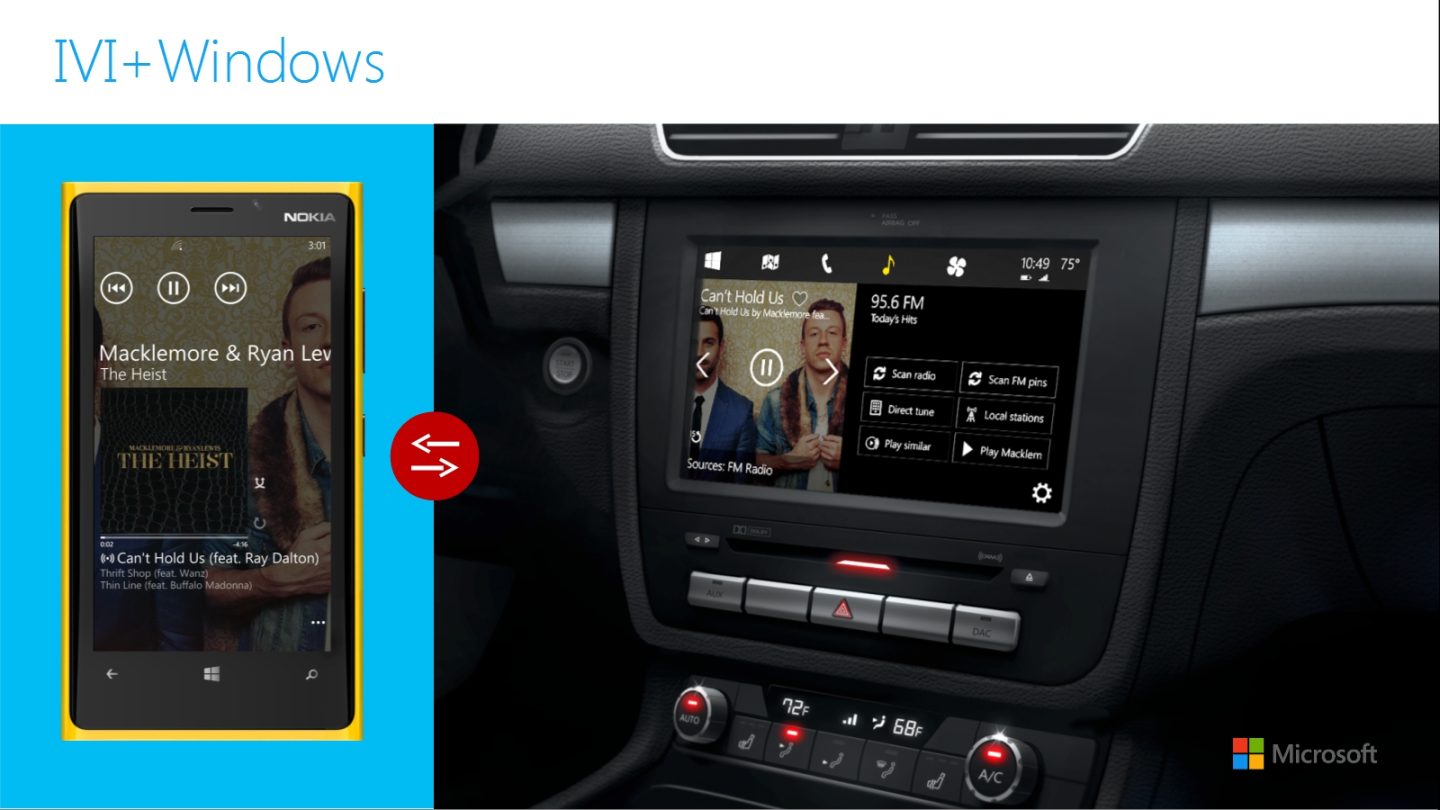 With a whole team dedicated solely to the Internet of Things (IoT), Microsoft is planning to get every device you own online, or as Steve Teixeira, Director of Program Management puts it: “A computer in every pot and chicken.” At the Build Developers Conference last week, Teixeira spoke at length about Microsoft’s innovations in the IoT field, but one unveiling stood out among the rest — bringing Windows Phone compatibility to the dashboard of a car.

Microsoft staked its claim in the car industry years ago with in-vehicle-infotainment systems running versions of the company’s OS, but it hasn’t had the opportunity to bring its own point of view to the dashboard quite yet. Although Microsoft plans to continue allowing vehicle manufacturers to embed its OS within their own platforms, the Redmond group also wants to enable those systems “to be the interaction surface for Windows devices brought into the vehicle.”

If this is ringing any bells, it’s probably because it sounds nearly identical to Apple’s plan for CarPlay, which puts iOS functionality inside the dashboard, allowing iPhone and iPad owners to connect their devices once they enter the car.

The Connected Car Concept that Microsoft put together for the event featured a Start menu with pins similar to the Xbox One home screen, information about speed limits and upcoming traffic zones, a Marketplace with apps such as Pandora, Spotify and Audible as well as satellite navigation and a list of contacts. Cortana even gets a shout-out, hinting at a more robust voice control system for the car.

There’s no release information for the concept yet, but Teixiera says Microsoft is working “very seriously” on bringing Windows Phone interactivity to the dashboard.