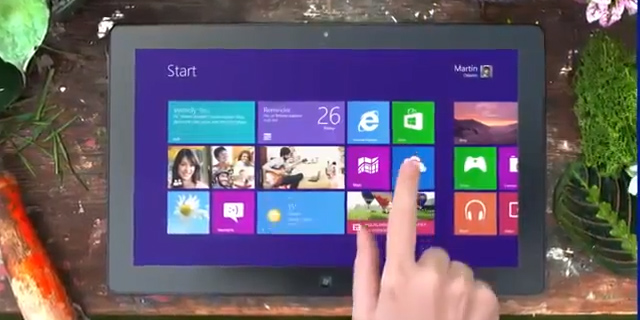 It’s official: Microsoft realizes that most desktop users have no use for the Live Tiles interface. The Verge reports that the next update of Windows 8.1 will make the platform boot up to desktop mode by default, which means that people who buy new Windows 8.1 PCs with the latest update won’t have to look at Live Tiles when they first flip on their computers.

“We understand that Microsoft has been paying close attention to telemetry data that shows the majority of Windows 8 users still use a keyboard and mouse and desktop applications,” The Verge writes. “This same telemetry data was used to justify the removal of the Start button shortly before the Windows 8 release, and contributed to its eventual return in Windows 8.1. Microsoft may have wanted to push touch computing to the masses in Windows 8, but the reality is that users have voiced clear concerns over the interface on desktop PCs.”

This takes us back to Apple CEO Tim Cook’s joke about how trying to merge a desktop OS with a tablet OS was the equivalent of trying to merger a toaster and a refrigerator. While Microsoft’s attempt to create one common interface for all its devices was certainly a noble experiment, it hasn’t exactly been a successful one so far and the company seems to know it.