Video: See what your computer will look like running Windows 10 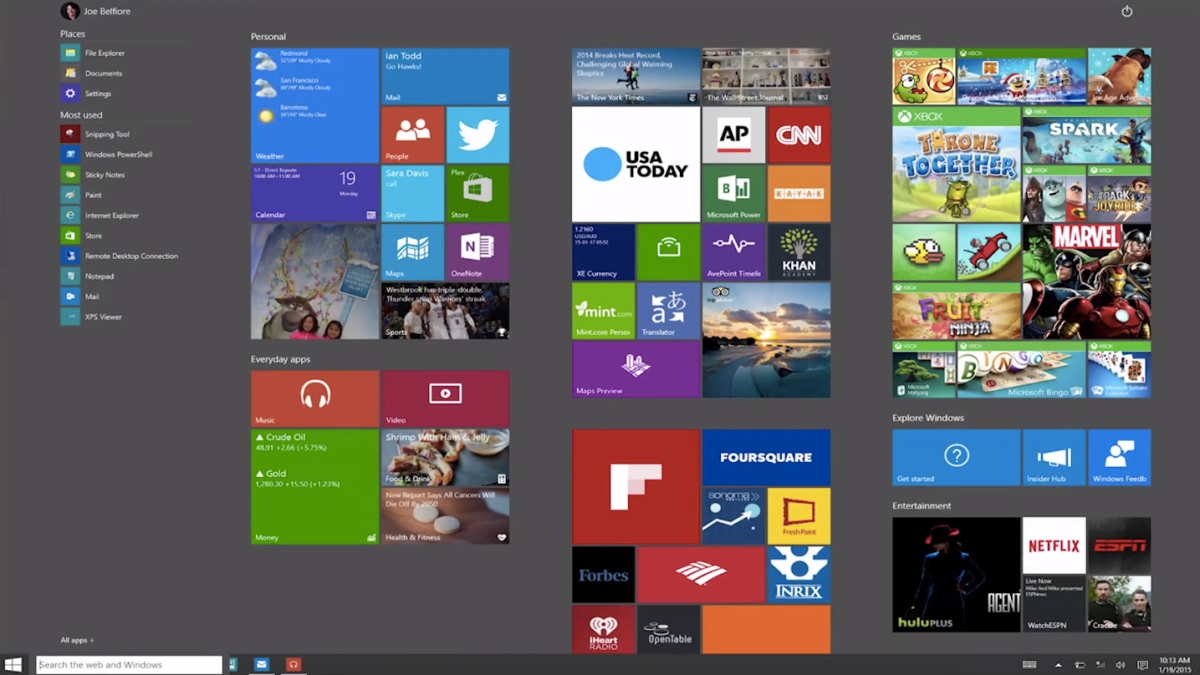 Wednesday’s Windows 10 event was an exciting one for dedicated Windows users, but it’ll still be several months before we have a chance to get the full experience on our own personal computers. Until then, Microsoft’s Joe Belfiore is happy to walk us through some of the new features that were unveiled today, from Cortana integration to Xbox One game streaming.

FROM EARLIER: The 5 coolest things that Microsoft announced on Wednesday

In the following video, Belfiore begins by discussing why Microsoft decided to make Windows 10 a free upgrade for all Windows 7, Windows 8 and Windows Phone 8.1 users.

“Really the core idea here is to get everyone to the latest and greatest, so that they will love Windows and they’ll love their computing experience. They’ll be able to engage in a way that makes the whole ecosystem more healthy. More ISVs writing apps, more new, interesting hardware to buy, lots of engaged people creating lots of content. We want to move the world’s computing experience forward.”

He then goes on to discuss some of the operating system’s new features. First up is Cortana, the personal assistant which will be heavily modified for use with the PC. He then runs through some of the universal apps such as Office, Outlook and Photos that will be able to run on any Windows 10 device.

Project Spartan and Xbox get their time in the sun as well, so be sure to watch the full video to learn everything you need to know about Microsoft’s recent advances with Windows 10.