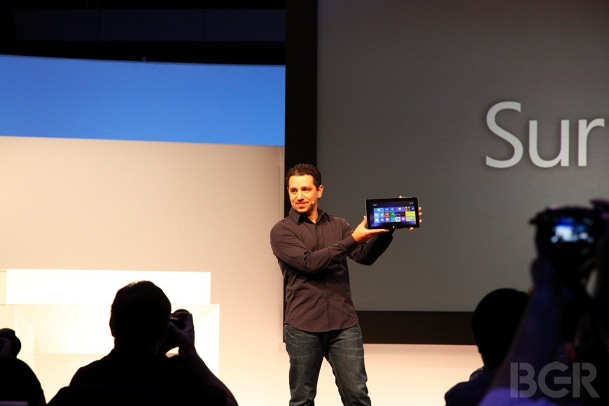 The good news for Microsoft was that it didn’t have to write off $900 million because of poor Surface sales again last quarter. The trouble, though, is we still don’t have any idea of how well the Surface is really selling, although we do know that it’s selling better than it has in previous quarters. Microsoft said on Thursday that its Surface sales generated $400 million in revenue over the last quarter and that it sold twice as many Surfaces in fiscal Q1 2014 than it sold in the previous quarter.

Microsoft credits the boost in Surface sales to both price cuts for older models and an improved marketing campaign that doesn’t involve breakdancing. While this is all well and good, it doesn’t tell us much about how many Surfaces the company is actually selling and whether it’s making any money from them. As ZDNet notes, Microsoft’s devices and entertainment division last quarter took a big hit and posted an operating loss of $15 million, which marks a year-over-year drop of 171% from the $21 million gain that it posted in fiscal Q1 2013.

Microsoft more than made up for this loss with the huge profits it hauled in from its business division, of course, so it’s not as though mediocre Surface sales are damaging the company’s bottom line. But for a company that wants to transition from being a software vendor to being a devices and services company, it will definitely need to up its game in selling consumer electronics.