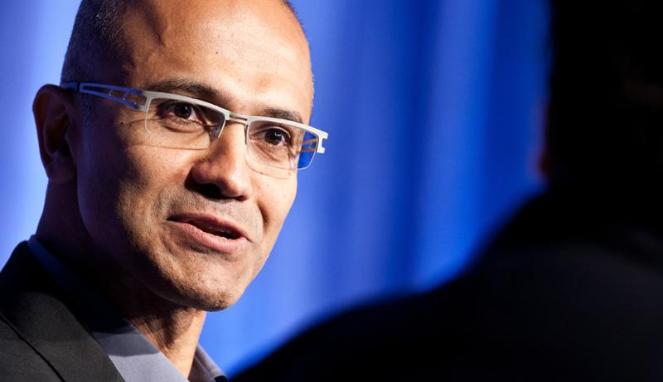 Ever since its rise to power in the 1990s, Microsoft has been all about “Windows, Windows, Windows.” But just because Windows has been Microsoft’s past doesn’t mean that it’s necessarily the company’s future. In an interview with Quartz, current Microsoft cloud and enterprise boss Satya Nadella describes in some detail about how the company’s shift from being a software company to being a devices and services company will change its focus away from being just about Windows. Of particular importance to Nadella, who has been rumored to be a top candidate to become Microsoft’s next CEO, is how the cloud is changing Microsoft’s conception of just what a computing platform should be.

“I think reconceptualizing Microsoft as a devices and services company is absolutely what our vision is all about,” he tells Quartz. “Office 365 and Azure on the services side are representative of it. Does that mean we won’t have our software available for other people to build on? No. Windows is available outside of our devices. Windows server is available outside of our data centers. We think that’s important because there will always be distributed computing. But at the same time, there is also the customer expectations that we should complete the scenario. That means running a cloud platform, running a cloud service.”

While this may not sound like a big deal, it actually represents a pretty fundamental change in Microsoft’s business strategy. The company built a winning formula over the years by creating the world’s dominant desktop computing software that it would then license out to manufacturers that wanted to sell hardware. By shifting more of its resources over to the cloud, Microsoft is basically saying that software licenses are no longer as important part of the equation since the company plans to make more of its own devices that will deliver its cloud services.

This strategic shift makes sense for Microsoft because iOS and Android have taken away Microsoft’s iron grip on the computing platform market with their hugely popular smartphones and tablets. Now it looks like Microsoft is making a forward-thinking bet of its own with a new emphasis on building a dominant cloud platform that it hopes Apple, Google and other big tech companies won’t be able to match.

“It’s all going to move to the cloud in some shape or fashion,” explains Nadella. “It need not all be a public cloud run by one North American company. It can be a private cloud or a public cloud. In our case we’re participating in both those markets. We’ve built a big business here. But we’re still a low-share player. We have a significant commercial business, but in the big scheme of things, when you say $2 trillion, we’re nothing. So the way we look at it is how do we become part of the fabric which is helping with this digitization of everything.”