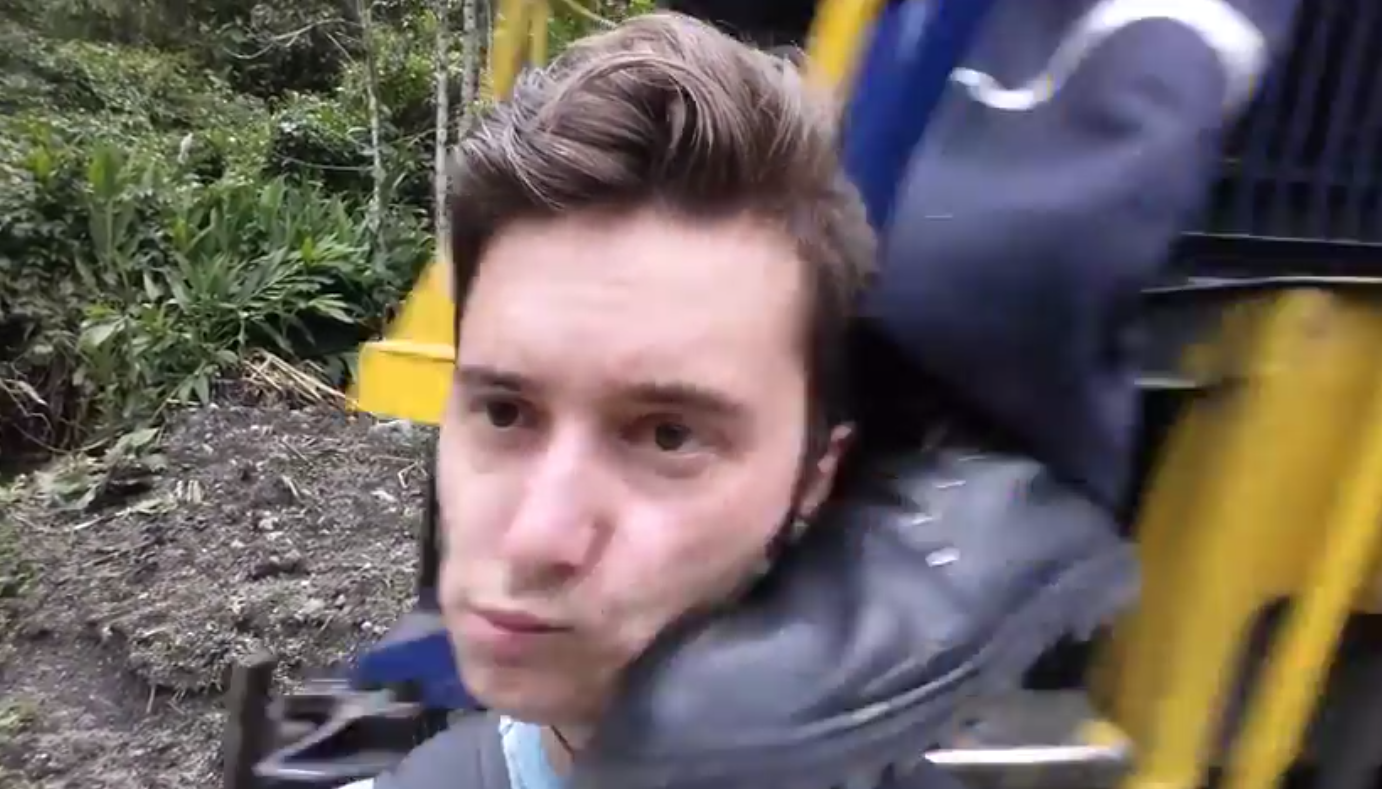 No, you probably shouldn’t take selfies when standing in close proximity to large vehicles that are hurtling toward you. Gawker points us to a new video posted this week by someone named Jared Michael, who says that he recently “tried to take a selfie while a train passed a ‘safe’ distance behind.” The trouble was that he was still close enough to the tracks for the train’s conductor to reach out with his foot and kick him in the face. The results are predictably hilarious.

“I guess I was still too close and got kicked in the head,” Michael writes. “I messed up.”

What makes this video truly funny is Michael’s reaction to getting kicked in the head. Instead of saying “Ow!” or “What was I thinking standing so close to a moving train?” he happily exclaims, “Wow! I got kicked in the head! I think I got that on film!”

And with that brief statement, Michael has now joined Chris Crocker and the Star Wars Kid as people who have become famous on the Internet for filming themselves doing incredibly moronic things.

The full video of this epic moment of stupidity follows below. For Michael’s sake, we hope he doesn’t try to up the ante for his next video by trying to snap selfies on airport runways.