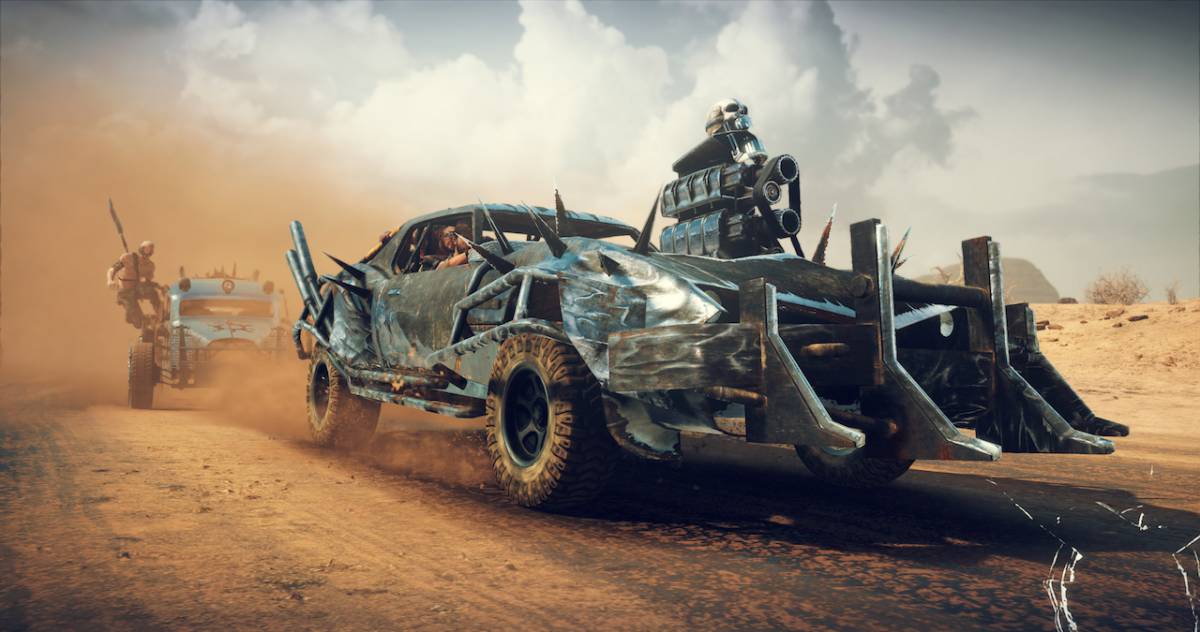 Avalanche Studios is launching two games this fall. They’re both set in vast, open worlds. They both thrive on destruction. They both star gruff dudes in a foreign landscape, intent on toppling the evil forces that rule the land.

One is Mad Max and the other is Just Cause 3, but from what I saw at E3 2015, Mad Max is an entirely new experience – one that Just Cause fans will appreciate and one that everyone else might just become throughly engrossed in.

DON’T MISS: ‘Uncharted 4’ Will Have Your Heart Racing from Start to Finish

Mad Max, much like Just Cause 2 and Just Cause 3, is set in a vast open world. In this case, it’s the Wasteland, the same Wasteland you saw in Mad Max: Fury Road this summer. When I talked to a developer from Avalanche Studios about the connection between the game and the movie, he told me that the team wanted to explore a world that we had only ever seen vignettes of in the past.

Mad Max, Road Warrior and Fury Road are all singular events within an enormous world. This game is Avalanche’s opportunity to explore it. Unlike Fury Road, the world of the Mad Max game is filled with life. Zooming out on the map, I saw dozens of points of interests, from sniper towers to outposts to scrapyards.

There were two demos available, so of course I played them both. I started with one geared more towards vehicular combat, which begins with Max driving up on a small camp, leaping out of his car and wailing on fools.

The hand-to-hand combat is very reminiscent of the Batman: Arkham series and feels much improved from previous Avalanche games. After taking out the stragglers at the scrapyard, I picked up the two caches of scrap that I could reach and then had to jump in my car, latch a grappling hook on to the side of a huge shipping container and rip its doors off to get to the third cache.

After collecting all the scrap in the area, I jumped into the garage (which is in the pause menu) and upgraded my tires and the ramming grill, on my car. There are over a dozen pieces of your vehicle that are upgradable, with new parts scattered around the wasteland as well.

After upgrading my whip, I drove off towards the next objective – a nearby trade route. Along the way, other cars tracked me down and begin to attack Max, giving me the chance to learn how to use the shotgun, the grappling hook and the flamethrowers jutting out of the side of my car. The circle button will automatically attack the nearest enemy, but by holding down L1, you can temporarily slow down time and aim at specific locations on another vehicle, taking out its tire or blowing up the fuel tank.

After dealing with random encounter, I found my way to the caravan on the trade route and drove right in, guns blazing. When seven or eight cars enter the fray, vehicular combat can become especially chaotic, but with more time to learn the best practices of a road warrior, I can see how the bigger battles would be the most fun.

In the second demo, I had to invade on of Scrotus’s outpost on foot. Before I rushed in, the developer I was sitting with told me to talk to a nearby ally who had been scouting out the area. Once I found her, she told me that there was a secret entrance that would require much less hassle, so once I got to the camp, I took her advice and went around the side.

One of the key elements of the game is the ever-present threat level. As you take down outposts and disrupt trade routes, that threat level will begin to drop and friendlies will take over those regions of the Wasteland. Once you capture an outpost, allies will then begin to supply you with scrap, so the more you capture, the faster you can upgrade your vehicle.

Avalanche isn’t ready to talk about the story quite yet, but I did learn that Scabrous Scrotus, the son of Immortan Joe in Fury Road, will serve as the game’s primary antagonist. It’s unclear if anyone else from the film will appear in the game, but with a world this large, I wouldn’t be surprised to find some of the other secondary characters scattered around the Wasteland.

After beating down two dozen or so opponents, I picked up a nearby javelin and tossed it into the explosive barrels in the middle of the camp. The entire screen was filled with explosions, and fittingly, the demo was over.

The developer I spoke to called Mad Max an evolution of the Avalanche formula. Whether or not it can capture the same anarchic magic as Just Cause remains to be seen, but it’s certainly a highlight of E3 2015 for me so far.