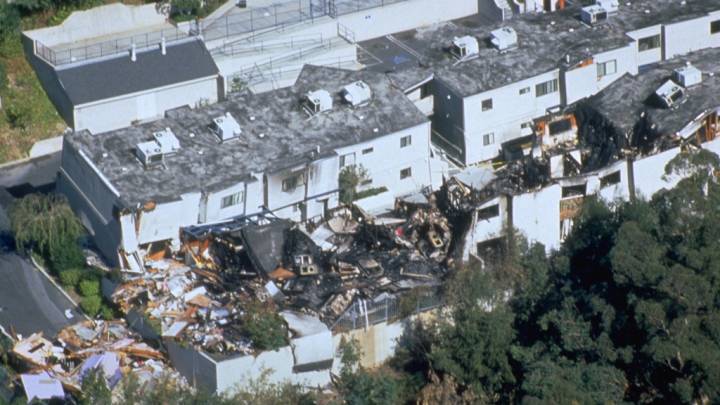 Natural disasters are becoming increasingly commonplace, but more often than not, they happen aboard as opposed to within the borders of the United States. According to a new report from NASA’s Jet Propulsion Lab, that’s going to change before the end of the decade when a massive earthquake strikes California.

In the October 7th edition of the Earth and Space Science journal, scientists from the JPL wrote that after examining the area surrounding the 5.1 magnitude earthquake that hit La Habra, California in 2014, there is a 99.9% chance that another quake of 5.0 magnitude or greater will surface near the Los Angeles area before April 1st, 2018.

“When the La Habra earthquake happened, it was relieving some of that stress, and it actually shook some of the upper sediments in the LA basin and moved those a little bit more,” JPL geophysicist Dr. Andrea Donnellan told CBS Los Angeles.

“There’s enough energy stored to produce about a magnitude 6.1 to 6.3 earthquake.”

There are independent sources that disagree with JPL’s shockingly high percentage, but the consensus is clear: earthquakes happen in bunches, and it’s best to err on the side of caution when lives and infrastructure are at stake.

The scientists aren’t able to make a precise prediction regarding the quake’s location, but they have narrowed it down to within 62 miles of the epicenter of the La Habra quake. Earthquakes are not uncommon in California, but one this large could be frighteningly destructive in a crowded city like Los Angeles, especially if it tilts toward the higher end of the scale.