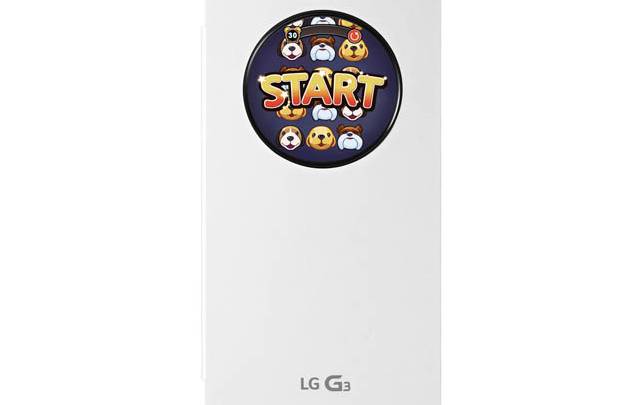 The LG G3 is one of the latest Android beasts to hit stores, and one of the few smartphones that actually packs a high-resolution 2K display that offers users an even better mobile experience, whether they’re browsing the web, watching videos or – especially – playing games. So why on earth would you want G3 buyers to play games that occupy only a tiny portion of that gorgeous new display, LG?

The company’s official case accessory for the handset has a round window that can be used to access certain apps on the screen, and developers can add QuickCircle functionality to their apps, including games, as well. To further promote this feature, LG launched the industry’s “first games for play specifically in QuickCircle Window,” which are available as free downloads in the Google Play Store.

“Puppy Pop is a match-three puzzle game developed by LG specifically for the G3 with QuickCircle Case to be played through the open window on the cover,” the company wrote in a press release. “Players accumulate points by drawing lines through three or more identical puppies, removing as many from the board before time runs out. Scores can then be shared on the player’s favorite social network site.”

In other words, LG is trying to convince buyers to first buy an expensive 5.5-inch flagship device with an impressive 2K display, and instead of focusing more on promoting that screen, the company then tells them they can have a lot of fun with a miniscule game running on the partially covered display.

No, LG, we don’t want to play in your circle!