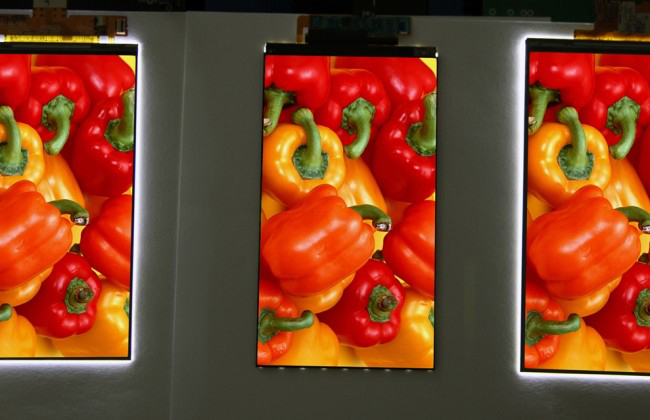 LG Display on Thursday took the wraps off its next-generation smartphone display, which will have the “world’s narrowest” bezel, measuring just 0.7mm (image above). It’s not clear at this point what kind of smartphones will make use of it in the future, or whether a variation of it will be found on the G3 successor next year. LG also supplies displays to other smartphone vendors, of course, so it could make its way to other phones as well.

For now, this almost bezel-free display comes only in a Full HD 5.3-inch version — comparatively, the G3’s display has even higher resolution (2K) and measures 5.5 inches diagonally.

The new display has been made with the “Neo Edge” module processing technology, LG says, and uses the “world’s first ‘Advanced In-Cell Touch (AIT)” technology.

“LG Display’s Neo Edge technology uses an adhesive instead of double-sided tape to attach and completely seal the total area and edges of the panel’s circuit board and backlight unit. Because there is no plastic guide panel to attach the panel and backlight, the Neo Edge technology helps achieve minimal bezel width, while blocking light leakage and being waterproof and dustproof,” the company wrote in its announcement.

Additionally, the AIT technology further reduces the need for bezel space “because the touch panel is embedded into the LCD module.”