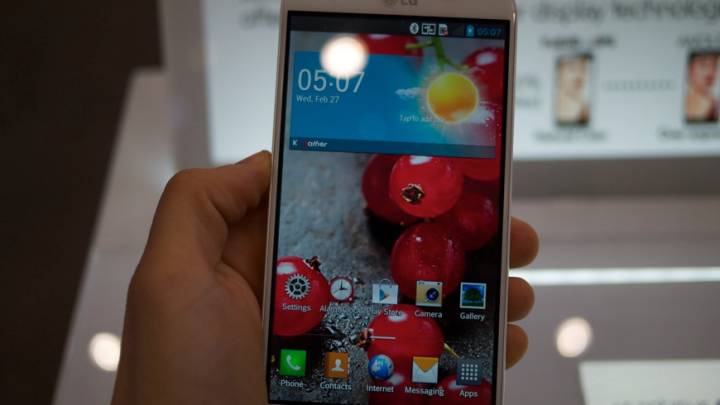 Although it has flown somewhat under the radar compared with the Galaxy S III and the iPhone 5 stealing the show, the Optimus G has been a pretty successful smartphone for LG (006570). The device, which has sold more than 1 million units since its launch in October, has helped LG generate some buzz around its smartphone brand again and has made the company one to watch in the mobile space this year. And after speaking with LG Global Communications Director Ken Hong at Mobile World Congress this week, I came away very intrigued by LG’s plan to distinguish itself in the always-crowded Android market and to further build on its success with the Optimus G.

One of the most important things I learned from Hong is that LG is really done fighting the “specs war” and is instead focussed on crafting its own unique smartphone software and services that aren’t available on any other devices. That’s not to say LG will let itself fall behind in terms of having top-notch hardware for its devices, but rather that it will no longer make that hardware a featured selling point.

This is obviously a very smart move because both Apple (AAPL) and Samsung (005930) have demonstrated that consumers aren’t buying specs sheets, they’re buying experiences.

For example, there’s nothing particularly special about the way Samsung has implemented NFC, per se — it’s more that the company has figured out a clever way to demonstrate its ability to enhance user experience in a way that’s readily understandable. So instead of showing how Samsung’s NFC phones can be used for mobile payments, the company decided to demonstrate how easy NFC makes it to share pictures, videos and song playlists with your friends.

LG thinks that it can have similar success if it not only crafts smart marketing messages for its devices’ capabilities but if it also actually takes the time to create desirable new features that can’t be found on other devices. Two of the new features that LG showed off at MWC this week were incredibly encouraging and they showed that the company has a firm grasp of how smartphones can enhance users’ lives.

The first feature is a very simple but very nifty Dual Recording function that takes advantage of the large screen on LG’s new Optimus G Pro “phablet.” Basically, the feature lets you record one video using both the front-facing and rear-facing cameras so you can have a video of your face in a smaller box on the corner of the screen while the rear-facing camera captures most of the action that occurs on the rest of the screen.

To understand the practical use for this, consider a journalist using it to conduct a video interview where viewers can see both the interviewer and the interviewee on split screens. Or imagine someone making a video of themselves touring historic sites and showing their own face on the screen to give their real-time reactions to what they’re seeing. As I said, it’s not an enormous, game-changing feature but it is a very cool one all the same.

The other feature that LG showed off during MWC has significantly more potential to be a key application in the coming years: Basically, LG has started creating a unique calling app that’s aimed at taking advantage of the higher data capacity that will be afforded by Voice over LTE (VoLTE) technology.

What does this mean? Well, imagine talking with someone on your speaker phone while simultaneously writing a note or drawing a picture on your screen that will instantly appear on the other person’s display. Or imagine being able to share pictures and videos instantly with another person on their smartphone all while you’re still talking with them on the phone. With voice becoming just another data stream sent over LTE, it becomes possible to transform business phone calls into highly productive discussions where users can visually share concepts and ideas with one another directly, all using the same application.

The bottom line is that with Samsung thoroughly dominating the Android smartphone market right now, rival manufacturers such as LG are going to be working like gangbusters to come up with unique ways to deliver value to their customers on mobile devices. Now that the specs wars are winding down, the application and experience wars seem to be gearing up.

I can’t speak for anyone else, but I find the latter battle to be significantly more exciting and interesting than the former.[bgr-post-bug]