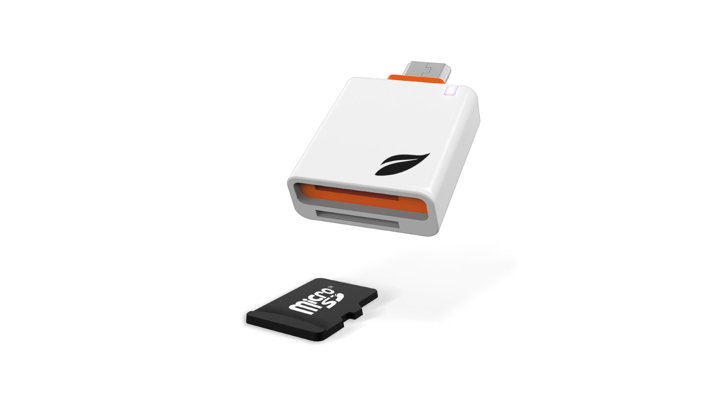 Leef on Wednesday announced a new accessory for Android smartphones and tablets that can help users solve any storage-related issues, especially for devices that don’t have a microSD slot that would offer support for storage expansion. The Leef Access is a tiny dongle that can extend the memory available on Android devices by supporting additional microSD cards. The device plugs directly into a microUSB port and it’s just 9mm thick, which means it won’t be extremely bulky compared to the mobile device it connects to.

“My phone is my computer. We all are doing more and more on phones and less on computers so a microSD reader for Android is a simple way to quickly move data,” Schulte, Leef Lead Design Engineer Mark Schulte said. “As the data revolution leads more and more people away from computers, we recognize a need to make it easy and convenient for people to share data between mobile devices.”

The device allows direct playback of videos, photos and other content from the microSD cards it houses. Moreover, the dongle is waterproof, dustproof, and can be used with devices covered by protective cases. The Leef Access retails for $9.99 from the company’s website or Amazon and is compatible with all microSD cards, including SanDisk’s huge 128GB model.

Leef has other storage solutions for Android mobile devices, including a Leef Bridge accessory that makes transfer easier between computers and smartphones or tablets.

By connecting to the microUSB port of a mobile device, Leef Access provides users with external microSD storage for managing data and allows for direct playback of photos, videos and other content. Maintaining Leef’s emphasis on the small details that matter most to users, Leef Access is designed with the same longer ‘neck and shoulders’ as the Bridge devices so users never have to remove their phone case to use it.

“My phone is my computer. We all are doing more and more on phones and less on computers so a microSD reader for Android is a simple way to quickly move data,” said Mark Schulte, Lead Design Engineer at Leef. “As the data revolution leads more and more people away from computers, we recognize a need to make it easy and convenient for people to share data between mobile devices.”

Leef Access offers sleek lines and a compact size that complement the style and form of today’s smartphones and tablets. In addition to the card-reading slot, the Leef design team built in an extra storage slot for a spare microSD card, giving consumers the added convenience of carrying additional memory capacity.

Leef Access is immediately available for purchase for a suggested retail price of $9.99 at http://www.2leef.com and http://www.amazon.com.