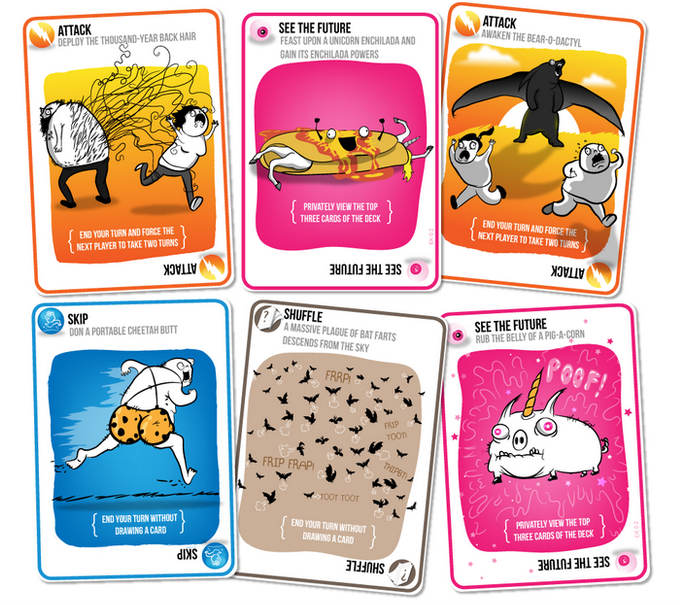 Exploding Kittens is the name of a new card game that has taken Kickstarter by storm, coming from famed comic The Oatmeal, who partnered up with Elan Lee and Shane Small to create what appears to be an insanely humorous game for players of all ages, although a NSFW version of the game is also available. The game reached its $10,000 funding goal in just 20 minutes after being listed, and it topped $2,500,000 in pledges with almost a full month to go.

FROM EARLIER: This cartoon will shame you into never buying a ‘selfie stick’

Exploding Kittens is all about avoiding the exploding kittens cards which take you out of the game instantly. To do so, the player has to use all the cards in his or her arsenal and delay the inevitable exploding outcome.

Even simpler explained, “Exploding Kittens is a highly strategic kitty-powered version of Russian Roulette,” as the creators wrote on the project’s Kickstarter page.

The cheapest Exploding Kittens deck costs $20, though for $15 more will also get you an extra deck, the NSFW edition. The game should be shipped to backers starting July.

A video showing what you can expect from Exploding Kittens follows below.