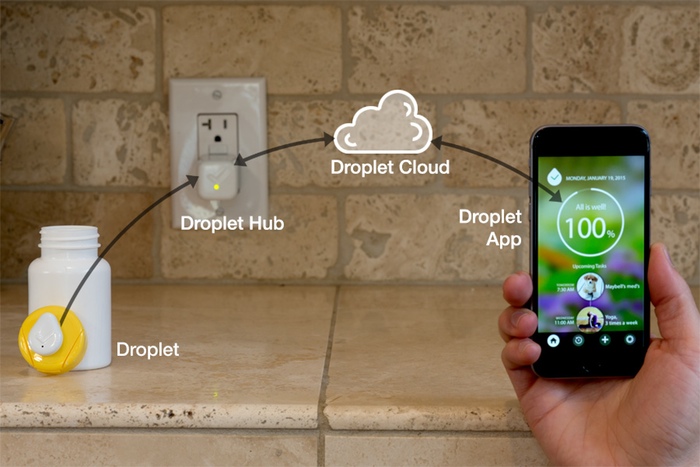 Our mobile devices can already be used to set reminders, manage chores and create to-do lists with the help of clever apps. But you might forget about certain tasks as soon as the smartphone is out of reach. With Droplet, a new Kickstarter project that’s looking to raise $80,000 by May 19th, you might forever change the way you set up and manage reminders.

Droplet is a smart button that can be attached to anything, thus creating a visual reminder that a certain action has to be performed, like taking out the recycling, restocking supplies, feeding the fish or taking medication on time. And yes, you have to press it each time an action is performed, at which time it’ll record the data and beam it over to a smartphone, where an app will register stats for each Droplet deployed at home or at work.

In case you forget to do a task, and thus you don’t press the button, Droplet will remind you that you have to take action.

In addition to the Droplet that you’ll configure and stick to various objects, you’ll also need a Droplet hub that keeps track of all the buttons in an area.

The cheapest set you can buy consists of a button and a hub, and it’s priced at $39, but you’re probably going to want to select a perk that comes with a few more bundled Droplets.

The project has already raised more than $32,000 in pledges, and Droplet packs should start shipping in December, assuming the company reaches its funding goal.