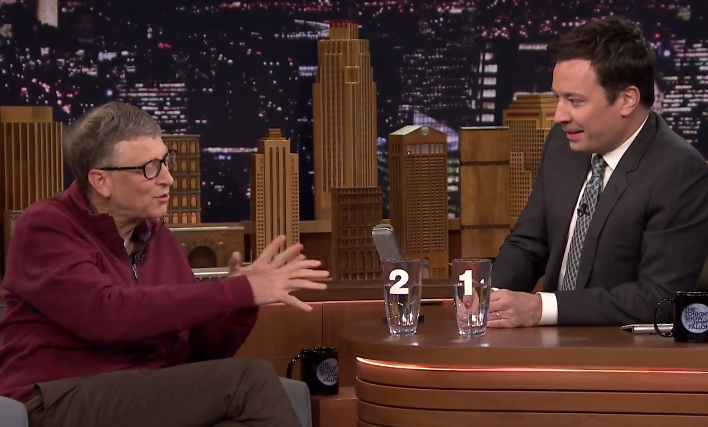 Bill Gates was invited on Late Night with Jimmy Fallon on Wednesday night, where he talked about the “Omniprocessor,” a neat invention that helps engineers turn human waste into clean water and electricity. This isn’t the first time Gates talked about this Bill & Melinda Gates Foundation project, or the first time when Gates drank so-called “poop water,” but this time around the Microsoft guru also tricked Fallon into drinking the same kind of water.

FROM EARLIER: The funniest thing you’ll see all day: How video games cost Jimmy Fallon a date with Nicole Kidman

The Omniprocessor extracts water from sewage that arrives at its facility, while also burning the sewage once it’s dried, as Business Insider explains.

Gates asked Fallon to pick one of the two glasses of water in front of them, with both of them drinking the water in their chosen glass. One of them contained bottled water, and one contained Omniprocessor water, or so Gates told Fallon.

The full video showing how Gates fooled Fallon into drinking a full glass of poop water follows below.