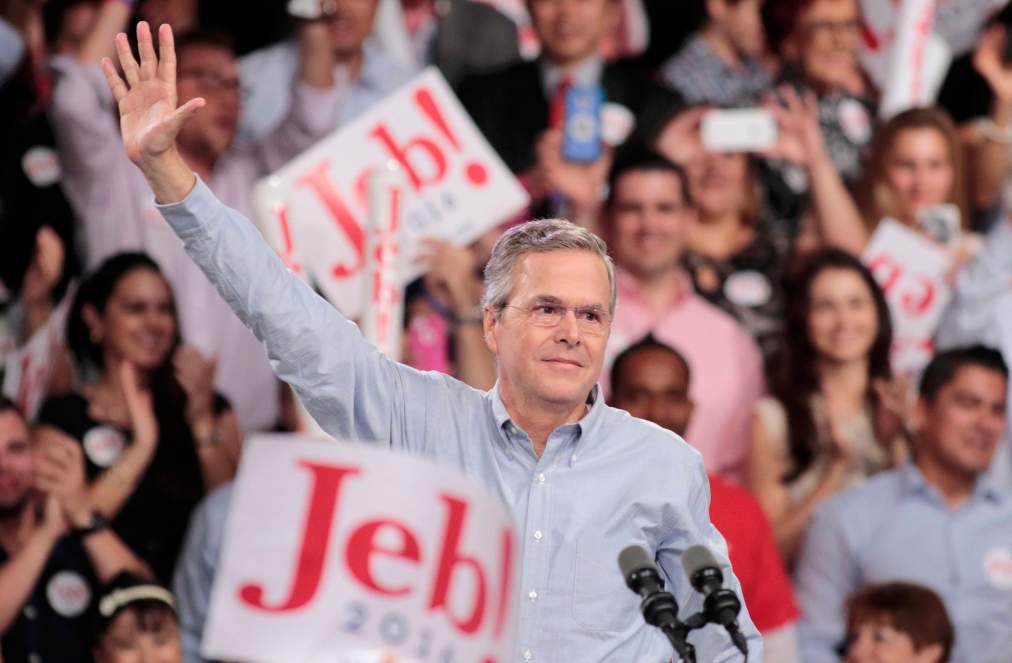 Republican presidential candidate Jeb Bush — or just “Jeb!” as he’s called in his campaign signs — probably won’t win the endorsement of the Electronic Frontier Foundation given his positions on tech policy. In fact, we can’t imagine many Silicon Valley types are pleased with Jeb’s latest declarations this week that as president he’ll kill net neutrality rules while at the same time bulking up the data collection powers of the National Security Agency.

MUST READ: Huge iOS 9 security flaw lets anyone see your photos and contacts without a PIN – here’s how to stop it

Let’s start with the NSA, which earlier this year had its powers to collect cell phone metadata without a warrant curbed. Naked Security has looked over Jeb’s tech-related proposals and has found that giving the NSA more power to sweep up information has a prominent spot on the agenda.

“The National Security Agency and Cyber Command are on the front lines of defending the United States against cyberthreats,” Jeb! states in outlining his policies. “We must stop demonizing these quiet intelligence professionals and start giving them the tools they need. The Federal Bureau of Investigation also needs more resources to fight back against the onslaught of cybercrime.”

Jeb has also bashed companies such as Apple, Google and Microsoft for supporting encryption on their software platforms because “if you create encryption, it makes it harder for the American government to do its job – while protecting civil liberties – to make sure that evildoers aren’t in our midst.”

But increasing NSA powers and killing encryption aren’t the only goodies that Jeb is leaving under Silicon Valley’s tree — he also wants to gut net neutrality protections and leave Netflix and its users at the mercy of Comcast, Time Warner Cable and other little-loved ISPs. Additionally, he wants ISPs to have the right to charge tech companies more money in exchange for delivering their traffic.

Gutting net neutrality and allowing for pay-for-priority Internet “fast lanes” would, of course, undermine the structure of the open Internet and would make ISPs the gatekeepers for the applications and services we use.

At any rate, Jeb had better hope that telecom companies reward him with big, fat donations from these proposals, because we can’t see many tech companies enthusiastically signing on.