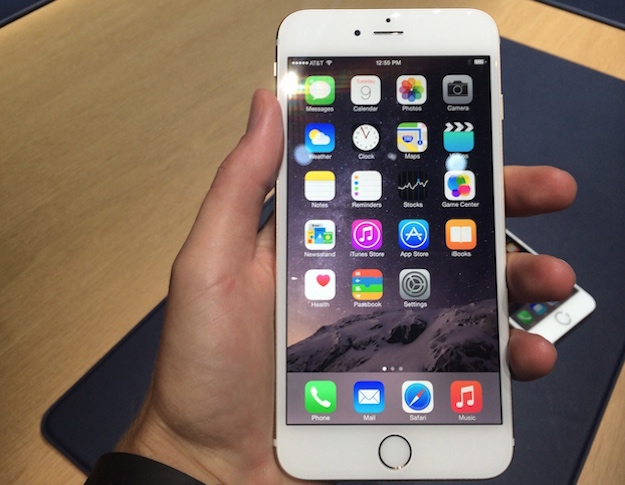 According to the developer behind a new jailbreak app, there is one single complaint surrounding the iPhone 6 and iPhone 6 Plus that surfaces more often than any other: they can’t be used easily with one hand. While Apple’s record sales are proof that people were clamoring for larger iPhones, there is no question that it is much more difficult to use phones with 4.7- and 5.5-inch screens than it is to use a phone with a 4-inch screen.

Apple’s brilliant Reachability feature provides a momentary solution for one-handed use, but there has to be a better way, right? Now, if you’re willing to jailbreak your iPhone, there is.

Let’s be frank: the iPhone 6 Plus, in particular, is giant. Even the smaller iPhone 6 is pretty big. Unless you have large hands, there is no way you’re using either of these Apple phones with one hand.

Reachability allows users to double-touch the home button to slide the contents of the display down and make them reachable, but it only lasts for a few seconds. It also hides everything at the bottom of the screen until the display slides back up to its normal position.

OneHandWizard is a potentially better solution to the problem. Instead of temporarily sliding everything on your screen down temporarily, this handy jailbreak tweak resizes your entire display to the exact size you want, and positions the result in either the lower-left or lower-right corner so everything is reachable.

Here’s a video that shows how it works:

The tweak is available for $3.99 in the Cydia app store, and it’s well-worth the price if one-handed use is something you feel Apple’s iPhones are lacking.