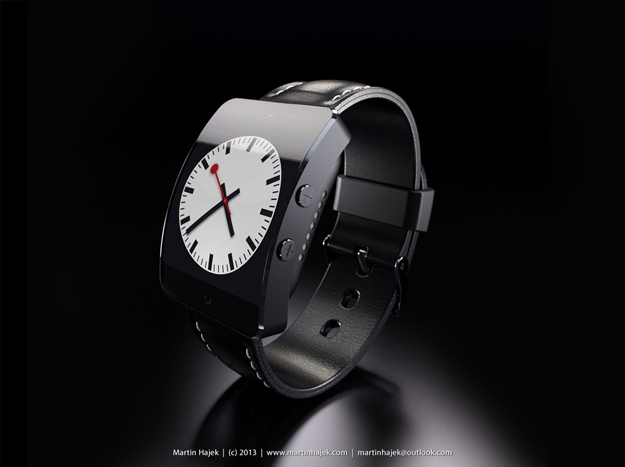 Despite the fact that the iWatch represents Apple’s first dive into an “exciting new product category” since it unleashed the original iPad back in 2010, the new device isn’t Apple’s most hotly anticipated launch this fall. In fact, it likely falls into the No. 3 spot behind the 4.7-inch iPhone 6 and the 5.5-inch iPhone phablet. Consumers and investors alike are still waiting anxiously to see Apple’s take on wrist-worn wearables, but a new report suggests that the company may have been forced to forgo its typical no-compromise approach to mobile devices, and the result could be a big letdown for users.

“Since Apple has not provided any information on when exactly (or even if at all) the product will launch, what it will look like and what features it will offer all remain in the realm of speculation. But Apple’s display manufacturing partner LG Display is believed to be ramping up production of 1.3” and 1.5” QVGA AMOLEDs on plastic substrates,” Annis wrote. “If these are for the iWatch, it could be an indication that Apple has prioritized image quality over battery life. Another benefit of AMOLED on plastic is that it can be extremely thin, light and rugged.”

There are plenty of benefits to AMOLED technology, of course, but Annis’s suggestion here is a bit troubling. A common complaint surrounding current smartwatches is their poor battery life, and this note suggests battery life might not be a top priority for Apple.

Precious little is really known about the iWatch for the time being, but the device is expected to be unveiled alongside the iPhone 6 next month.