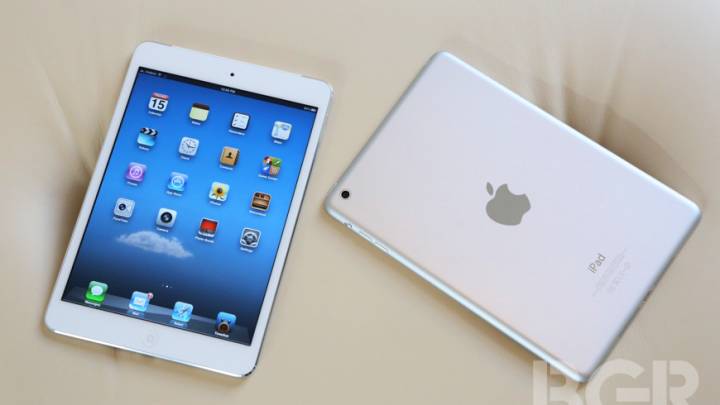 As apps continue to increase in size and our collective appetite for downloadable content continues to grow, electronics makers are having to rethink the minimum amount of storage they include on their devices. This year, Apple upgraded its iPhone and iPad lines with 16GB, 64GB, and 128GB storage options, removing the 32GB models entirely. But is 16GB really sufficient in 2014?

After wiping his original 16GB iPad mini, that’s exactly what Kirk McElhearn attempted to find out.

McElhearn had yet to upgrade his iPad mini to iOS 8, so he decided to take this opportunity to wipe it clean and start from scratch. He immediately loaded it with all of the apps that Apple prompts new users to download, including the iWork apps, iMovie, GarageBand and a few others that might be sitting in a folder somewhere on your device.

But before he installed any apps, he noted that the tablet showed it had a capacity of just 12.73GB. That’s with nothing on it but an operating system and the apps that can’t be removed.

So once all the Apple apps were installed, how much room was left on McElhearn’s iPad?

A hair over 8GB. That’s half of what Apple advertises on the box and hardly enough to fill out a page or two with apps, much less download more than one or two HD movies.

“Apple should simply not sell 16 GB devices any more,” writes McElhearn. “If, after installing just the basics, there’s only half the advertised space available (I know, I already lost a couple of GB because of marketing), then users can’t put a lot of content on them. Many won’t care, but once you start downloading a few games, you get into a situation where there’s not enough room to apply updates, because they need so much free space.”

Apple took a step in the right direction by bumping up its two higher-tier storage options, but it might be time to eliminate the lowest tier entirely.