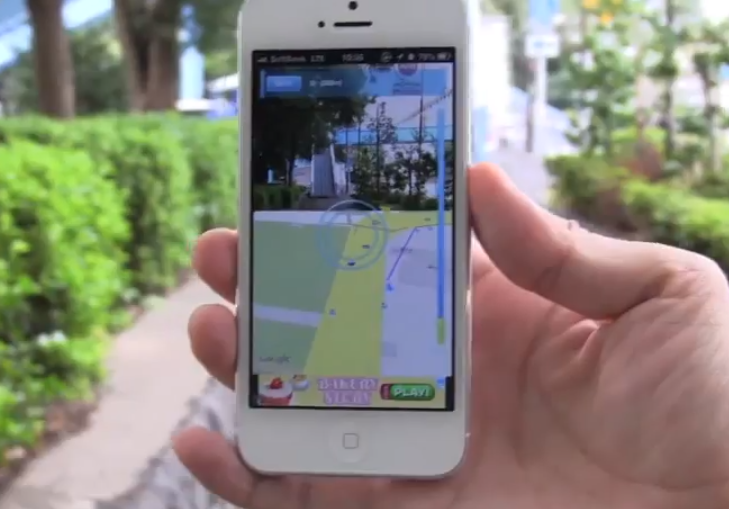 Augmented reality hasn’t caught on as some may have hoped, but as smartphone adoption increases we have begun to see more developers incorporating the feature into their mobile applications. Google (GOOG) is just one the companies that has embraced the technology, launching an AR-enabled mobile game this past Thursday. Smaller companies, such as Japanese developer Crossfader, have also looked towards AR to help their applications standout in a crowded marketplace. Crossfader’s AR-MAPS application for the iPhone 4S and iPhone 5 allows users to enhance maps by using a live video feed from their smartphone’s camera. The app lets users search for specific addresses or landmarks, and even places a pin on locations that can be viewed through the camera. AR-MAPS can be programmed to use mapping data from Apple Maps or Google Maps and is available for free in the App Store.