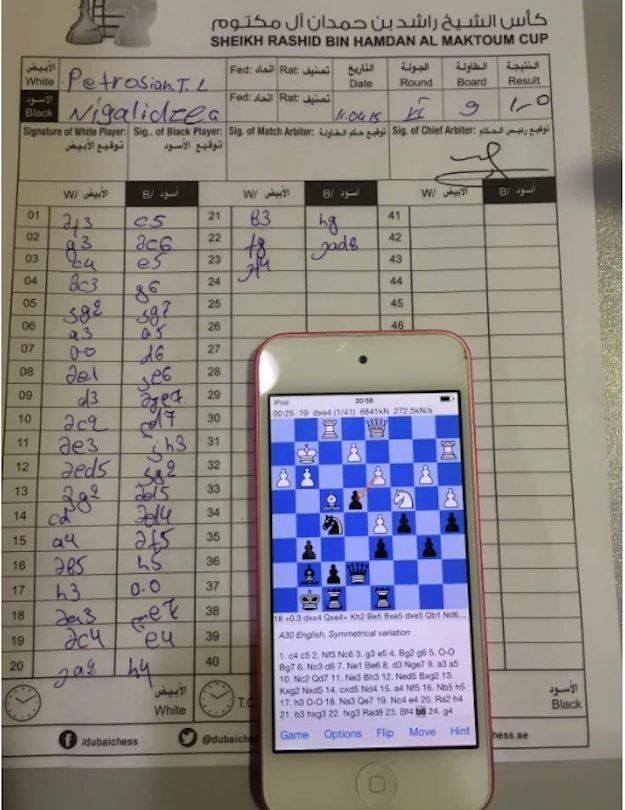 According to tournament investigators, Nigalidze made suspiciously frequent trips to a bathroom stall where, come to find out, he had hidden his iPhone behind a toilet, appropriately wrapped and concealed in wads of toilet paper.

Nigaldze’s opponent, a grandmaster named Tigran Petrosian, initially became suspicious when he noticed Nigaldze consistently running to the toilet after making a move. Petrosian lodged a complaint which then prompted an “on the scene” investigation, according to a report in The Telegraph.

When the toilet paper covered iPhone was discovered, Nigalidze denied it was his, a plea which comically fell on deaf ears once investigators began poking around and discovered open social networking apps which clearly belonged to Nigalidze. Not helping matters was an open chess app that just so happened to be analyzing Nigalidze and Petrosian’s ongoing match.

Naturally, Nigalidze was banned from the tournament. What’s more, the validity of his entire career is now being called into question. A purported rising star within the chess community, Nigalidze was the reigning Georgian Chess champion for two years running.