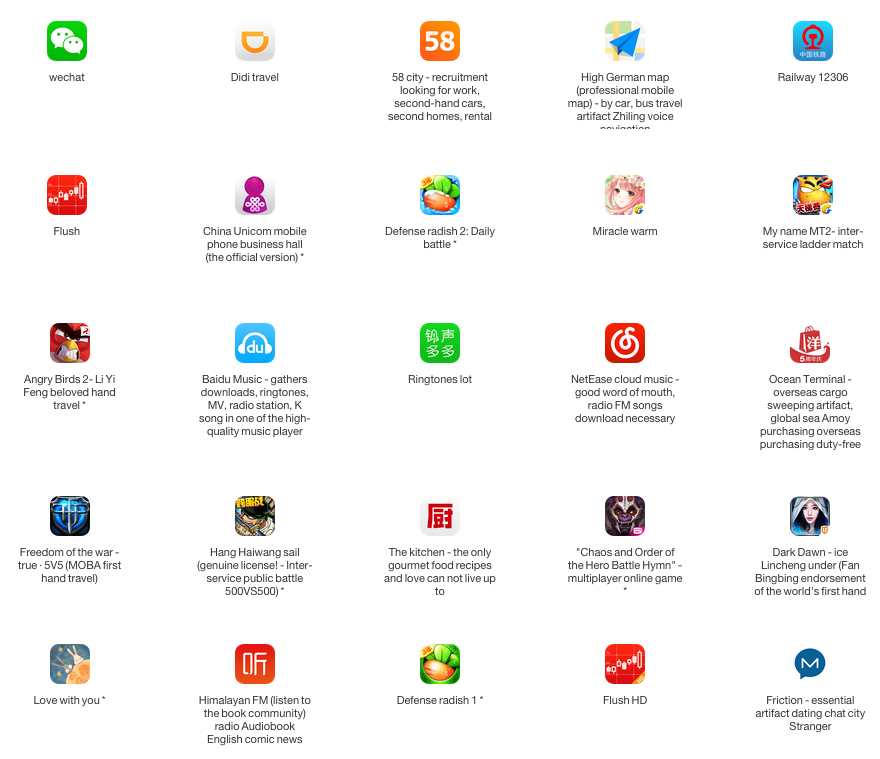 After setting up a special help page that provides information about the massive XcodeGhost malware hack on its website, Apple has listed the top 25 iOS apps built using the counterfeit version of Xcode that was capable of injecting malware in apps before they were submitted to the App Store.

The image above shows the most popular 25 apps (by downloads) that have included malware in the past, before being updated by developers. Apple a few days ago pulled apps that still had the XcodeGhost code in them, telling Reuters that it’s working with developers on the matter. Currently, Apple is blocking apps made with the same unofficial Xcode tool that injects the malware.

“After the top 25 impacted apps, the number of impacted users drops significantly,” Apple writes on the page, suggesting that the other apps that might have malware components do not have a significant number of users. However, it’s not clear how many iPhone and iPad users actually downloaded any of these 25 top apps.

The company’s help page also says the malware can’t be used to collect highly sensitive user data such as iCloud (Apple ID) credentials or other passwords.

At least 85 apps have been found to contain XcodeGhost malware, and we listed them all right here. Some security firms say the real number might be in the hundreds or even thousands.

Here’s a list of the top 25 iPhone apps in Apple’s Chinese App Store that have been affected by the hack, which happens to be Apple’s largest malware attack in the history of the App Store.