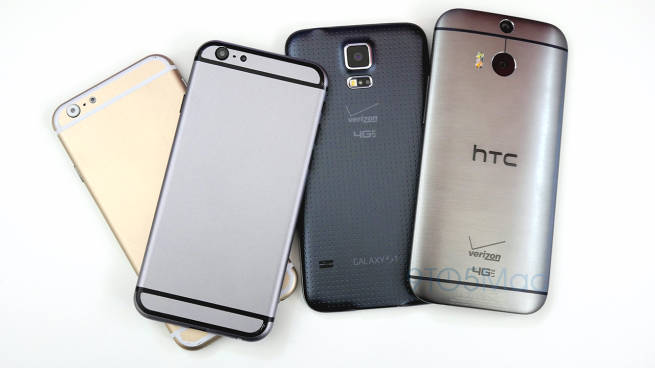 Samsung has already started making fun in a TV commercial of the unreleased iPhone 6, telling potential buyers that its Android handsets had bigger displays for quite a while in an obvious attempt to kill the iPhone 6 buzz and divert attention to its own 2014 flagship handset. But the company appears to actually have a real iPhone 6-related problem, Digitimes reports, which may affect its own smartphone launch plans. Apple’s massive metal chassis orders with suppliers are apparently preventing Samsung from placing its own metal chassis orders for a future iPhone 6 killer that would ditch plastic in favor of metal.

FROM EARLIER: Report from solid source points to iPhone 6 release in mid-September

Recent image leaks showing the Galaxy Alpha, believed to be a somewhat high-end Galaxy handset supposed to “kill” the iPhone 6, have revealed the handset still has a plastic back, using metal only on the sides, in a pre-iPhone-5-like manner.

The Galaxy Alpha, which might also be known as the Galaxy F, was rumored to come with a metal back, a smartphone feature Samsung is yet to offer to faithful customers.

It’s not clear though whether Samsung really wants to mass-produce a metal high-end Galaxy handset, or whether it simply wants to stick to its plastic smartphone spam strategy, no matter what critics say.

What’s clear is that Samsung is already experiencing a smartphones sales slump. Interestingly enough, some market watchers told Digitimes that the drop in sales has “nothing to do with not offering a metal chassis option, and related players should not place too much hope on a metal chassis bringing in extra demand.”

Apple has reportedly ordered between 70 million and 80 million combined iPhone 6 units this year, with the company expected to launch the handset in September.