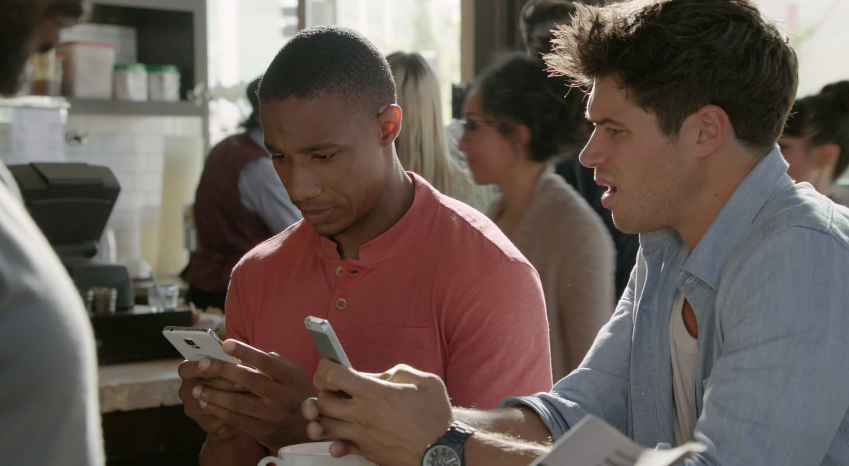 Samsung has a new Galaxy S5 ad out that makes fun of the iPhone. But instead of mocking the existing iPhone 5s, which outsold the Galaxy S5 in the latter’s first full month of sales despite being eight months old at the time, the company chose to have its fun at the expense of a product that doesn’t yet exist: The upcoming iPhone 6.

FROM EARLIER: Check out this big iPhone 6 rumor round-up video

Called “Screen Envy,” the new TV commercial reminds iPhone owners that the big smartphone screen they have been waiting for is already here, and has been here for a couple of years.

Samsung is obviously well aware of the rumors saying Apple’s new iPhones will, for the first time ever, match competitors when it comes to screen size, and it’s trying to take a preemptive strike against it. At the same time, the ad also tells potential iPhone buyers who aren’t exactly following all the iPhone 6 rumors that a bigger iPhone is supposed to arrive this year.

“You know that thing you’ve been waiting on for like two years, and how it’s supposed to be awesome and how it’s gonna blow your mind?” Samsung asks in the video. “Well it’s been here this whole time, but maybe you just like waiting.”

Apple’s iPhone 6 is said to launch in two versions, assuming reports are accurate. One will supposedly have a 4.7-inch display and the second will feature a larger 5.5-inch screen.

Samsung’s new iPhone bashing ad follows below. Meanwhile, a Samsung ad explaining how that metal design for high-end Galaxy handsets is still not here after so many years of criticism from fans, is yet to come out.