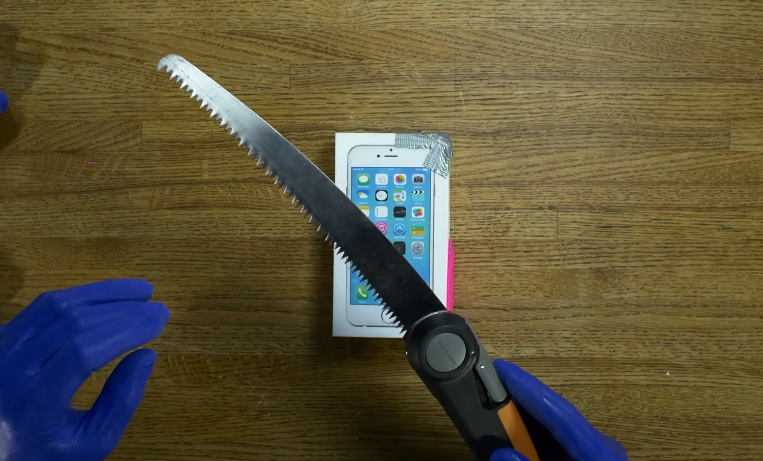 There are lots of ways to unbox your new iPhone besides simply opening up the box… although none of them are likely to be very effective. The Blue Man Group, the famous troupe of entertainers who paint themselves in blue from head to toe and amuse audiences everywhere with their zany antics, have produced their own iPhone 6 unboxing video and it’s just as ridiculous as you’d expect.

As you can see, the Blue Men do just about everything to pry open the box except for lifting the lid. They start off by trying to file down its corners, then move on to trying to pry it open with a plastic fork, then on to using a power drill, a hacksaw, a hammer and a crowbar.

Each time they damage the box using these blunt instruments, they try to patch the hole or dent in an apparent attempt to keep the box in a “pristine” condition. However, the result of this is that the box gradually acquires more and more patches until it becomes impossible to just open up by tilting open the lid.

In the end, the iPhone 6 never actually gets unboxed and the Blue Men just decide to leave it alone.